Presenting at the Oscars

I love watching the Oscars.  Well…mostly I just like watching the red carpet and posting my picks and pans after.  Last year I had a lot of fun and success with my “Getting ready for the Oscars” photo.  See all the information about this photo here.

Mattel had just released this new wardrobe piece and I was anxious to use it.  In my head, Barbie was getting ready to go to the Oscars as a possible recipient.  Because she was one of the contenders for the gold statue, she needed to be in a drop dead gown.  The story continued in my head that she went on to win the Oscar.  That means that this year, she will be presenting the Oscar for the award she won last year.

Diorama:  Wall panel was made my me.  More info here.  Clock was found in Paris and the beautifully painted bombé chest will be featured in a future blog post.  More info coming.  Floral arrangements in golden urns were made by me. 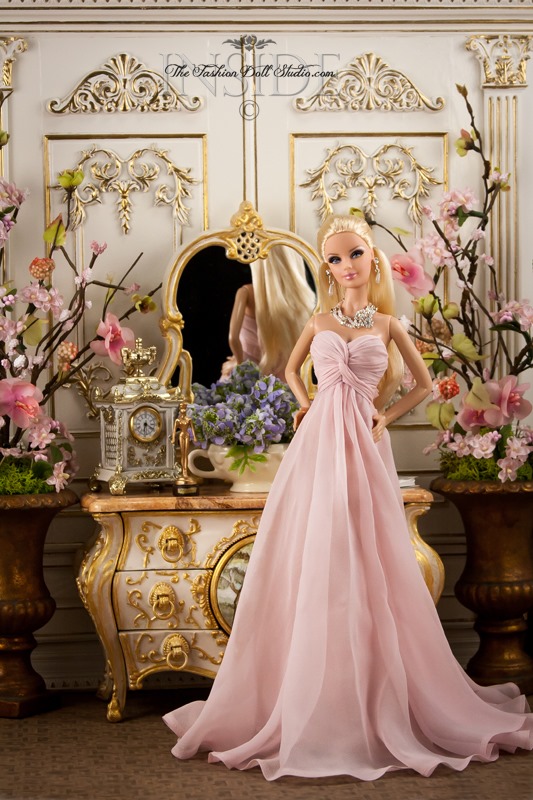 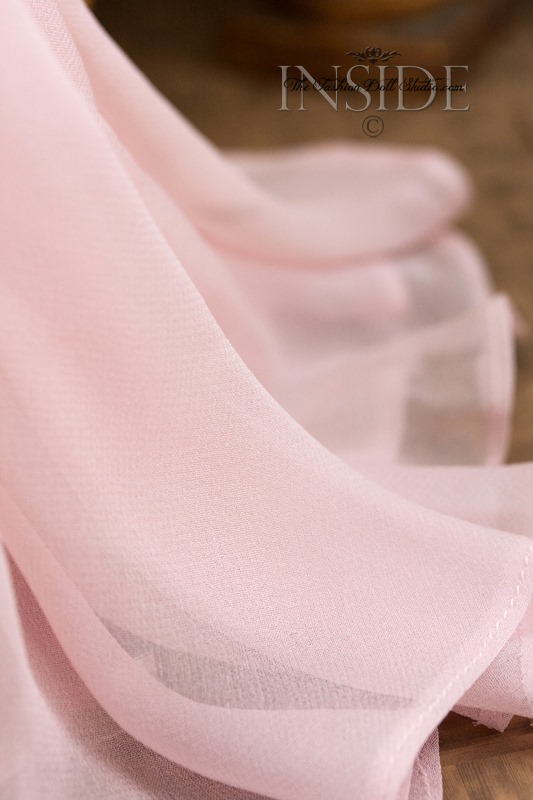 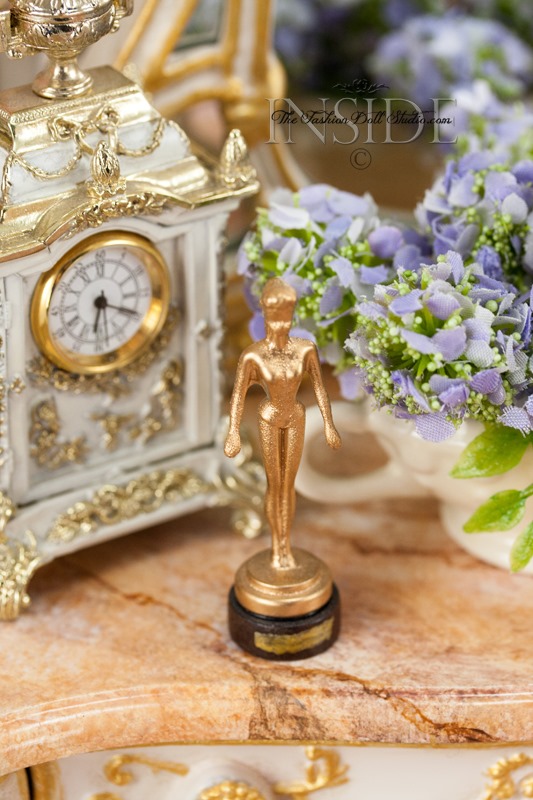 Now…I am really ready for the Oscars.   Fashion review should be up on Monday.

I know I have said this before, but I will reiterate.  I always listen to music while I shoot photos.  It’s just something I have always done with doll photos.  I have two musicians in the house so if I am not playing music, it’s being played somewhere around me.  While typing this blog post, my daughter is hard at work on a violin piece called Gavotte in D Major by Bach…but I digress.  While shooting this series of photos, it seems only right that I go to the time that David Buttry used as inspiration for this his International Fair Poppy series.  When it comes to late 60’s, there is one stand out favorite for me…California Dreamin’ by the Mamas and the Papas, and that is where I went for some mood music for this next set of photos.

While looking at some inspirations photos for this shoot, I ran across this one from 1967.  The hair!! 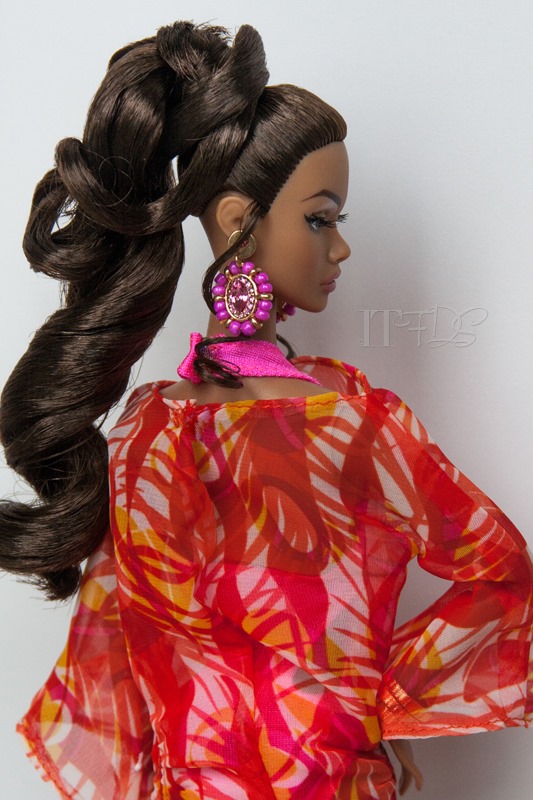 Or…Frame by Frame as I called her initially and had to be corrected.  Frame by Frame would have been the perfect title for this post as I decided to do some redressing and additional photo shoots for the 2012 Fashion Royalty Convention doll Imogen.    I have to completely own up and say when I opened the box at the last nights convention dinner, I was underwhelmed.    The outfits were very modern ( not my general thing) and two out of the three outfits were coral red.  It was all a little one note for me.  I would have preferred a gown or even a swimsuit but not two dresses in the same color.  The doll just wasn’t doing anything for me in the box.  When I flew back home from convention a few weeks ago, this lady was  firmly on my “to sell” pile.  Then, I started seeing photos on flickr that had me rethinking ( yes Shuga…I mean you!).  I decided to debox and play.  I found that my first impression was…WRONG.  I am adoring this one and have endeavored to glam her up a bit for my shots.

Shorts and Shoes:  In the Trenches NuFace outfit 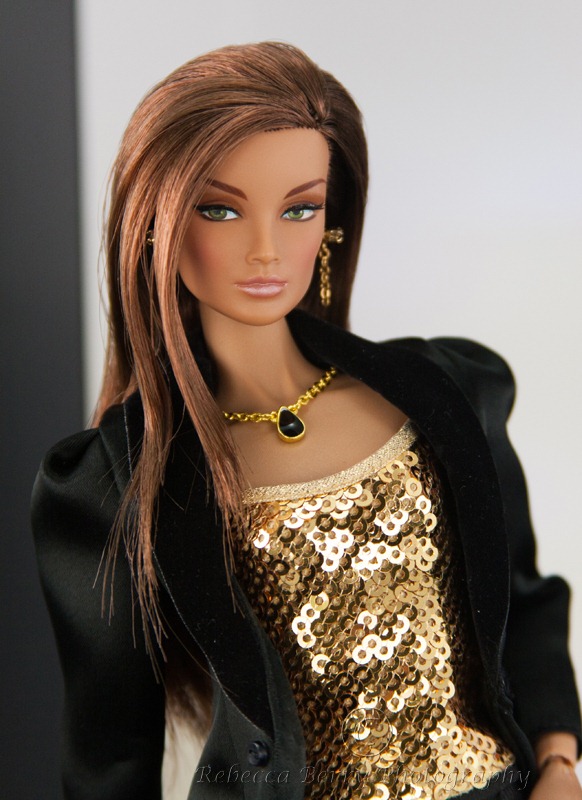 Outfit and shoes: “In the Trenches” NuFace outfit

And because I had to find the right evening look for this lady….I finally found someone who could wear the “Anemone” Christian Louboutin gown.  The oompaloompa doll it came on had to go.  Sorry folks.  I don’t mean to be disrespectful and if you have that doll and adore her…my apologies…but..to me she just looked like a bad spray tanning accident.  Ms. Imogen however, looked fabulous in it!! 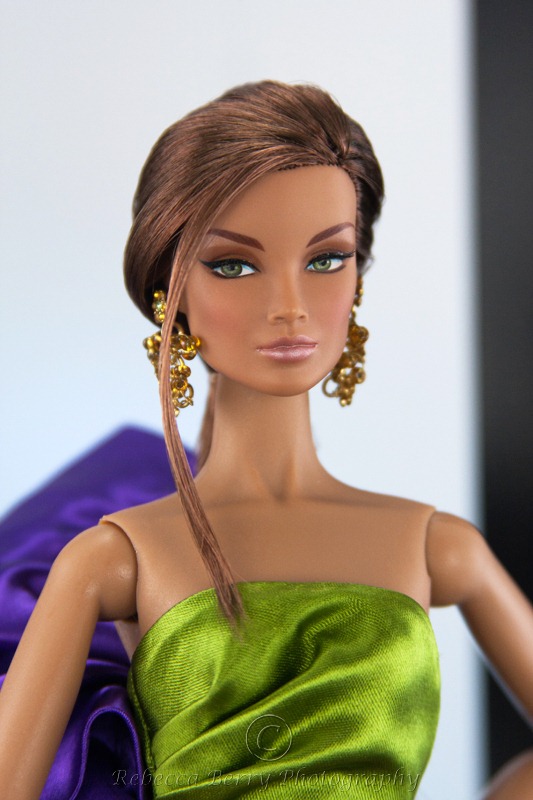 If you want to see this lady shine in some urban chicness,  you should visit Shuga’s blog at http://www.shugashug.com/2012/10/09/fame-by-frame/