Today at 9:00AM PST for current members.  Registration for new members opens one week on later 2/13.

Here are some of the Fantastic things in store for members this year.

** Photos are courtesy of Mattel, Inc.**

ADORE!!!  The  little Chanel hat on her is to die for! 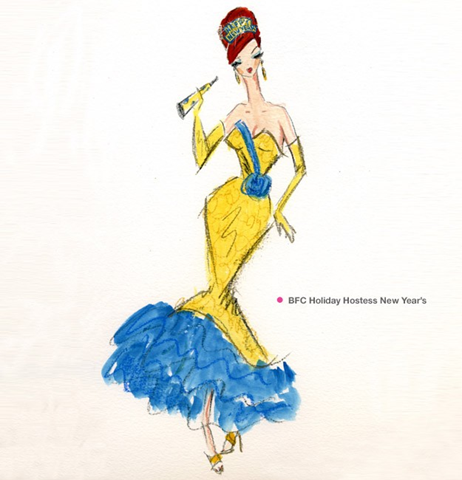 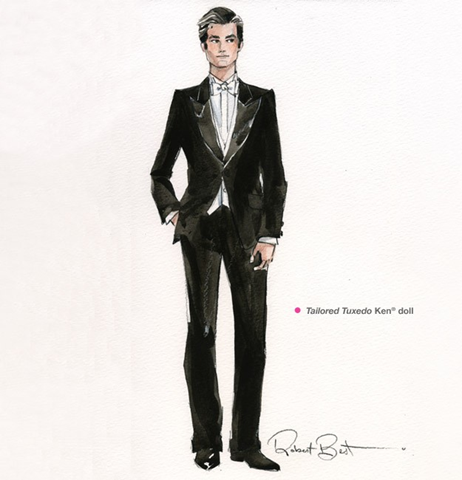 Squeeeeeealllll!  I wonder if this is a Silkstone Ken??!!  No clarification on this yet.

And gift with purchase of membership is another mannequin but this one is black.  The verbiage on the Barbie Collector website stipulates the dress form won’t start shipping until 7/12.  Wellll….that’s a bit of a wait.  They will serve no noir dress form until its time apparently.  Ah well, it will give all of us diorama enthusiasts a chance to build that perfect shop window scene to showcase this baby. 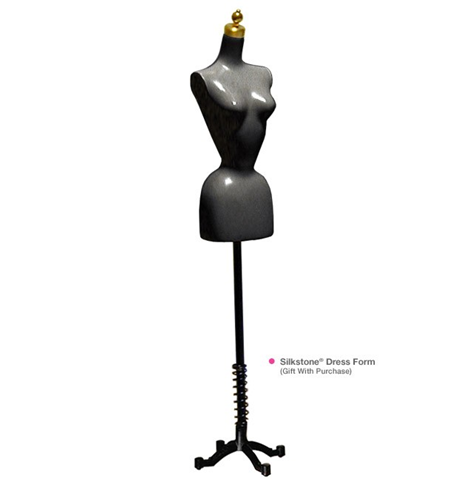 For more information and a link to renew your BFC membership, click below

This post started out a couple days ago as a quick entry to announce the opening date for the 2013 Barbie Fan Club(BFC).  Members received an email with a little teaser postcard and the information that the club would be open to existing members on 2/6/13 and more information would be coming around 1/30/13.  Fantastic right?!  Short sweet and to the point.  Then I started wondering if I could share the graphic that Mattel sent with the postcard, it shows a shadowy figure and if anyone in the BFC has been looking at “sneak peeks” lately, they know who the club doll will be.  I, however, under membership agreement with the BFC , cannot share BFC specific photos here until Mattel makes them public.  Given that the graphic was only sent to BFC members, I interpreted that as BFC material and therefore subject to BFC membership rules.  Pretty straightforward really.

I am a blogger and like most bloggers who are passionate about the subject they report on, I want to get photos and info out on the blog as soon as I can.  Believe me, I want to show photos and talk about the latest and greatest as soon as they hit my computer.  As a member of the WClub and BFC, however,  I hold myself to the contract I signed that stipulates how and when photos can be shared.  As it is with most things, not everyone follows the rules.  {Rant beginning}

There are a number of bloggers, pinners and Facebook participants who, against the rules of their contract,  share photos from the Barbie Fan Club. You can recognize the photos because they have “Barbie Collector” emblazoned across them.   Per Mattel, if this watermark is in place across a photo, it is earmarked for the BFC and therefore should not be shared outside of the BFC. It is clearly watermarked . People pay extra for the privilege of getting and seeing this information first. The BFC rules specifically state that you MAY NOT post or share photos from the BFC or risk losing your membership. Not to mention…it’s just rude, IMHO, to violate BFC rules and publish photos that people have had to pay extra to get. If you want the pictures early, you should pay the price of admission. If you did pay the price of admission, have the courtesy and respect for your fellow members and don’t share them outside of the BFC until the photo has been released to the general public.

It’s not just about the photos themselves, it’s about researching a source that you are using photos from too.  In the course of investigating this piece, I ran across a Facebook page for  Robert Best ( Silkstone designer for Mattel) which ,oddly enough, was using “Barbie Collector” watermarked  BFC exclusive photos that were just released .  People were responding to this person on Facebook as if he/she truly was Robert Best and  reposting the watermarked photos across the internet.  Something was not right.  I decided to check it out with the folks at Mattel and sure enough…this person on Facebook who has all the outward appearances of Robert Best…is NOT Robert Best.  Keep that in mind if you “friended” them.  Also, if you reposted those photos, you just took BFC copyright protected material and posted it under your name.    1)You have just committed copyright infringement and 2)This is grounds to remove you from the Barbie Fan Club.  Yes, they do monitor it and enforce it.

So what is the point of this rant you ask?  Firstly, Is it too much to ask for people to follow the rules of the contracts we sign when we join a doll club?  If the rules stipulate don’t post a photo, don’t post a photo.  Secondly, if there is an official “Barbie Collector” watermark on a photo, DON’T repost it!  Not on Facebook, not on a blog, not on Pinterest, not as an email to non members, not anywhere outside of the BFC. It simply is not “yours” to post.  When Mattel removes the watermark and releases the image to retailers or on their public site, the showcase gives you the option of sharing the photo with approx. 332 various social media sites .  That should be a clue that it’s okay to share the photo.  Oh….and lastly, if you are posing as someone you are not on Facebook, Stop it!  It’s rude, misleading and just plain wrong.   {Rant over}

This is a matter of personal integrity for me and in my opinion  is all about respecting and protecting our fellow collectors and the collecting communities that we all enjoy being a part of.   I enjoy being part of the Barbie Fan Club and wish to respect my fellow members by following the rules of the BFC.  I realize some will think I am being over zealous on the copyright and contract issues.  Okay.  It is indeed one of my hot buttons and I don’t think that is going to change any time soon.  I don’t believe it changes the validity of my point either.

Do people even care about this issue?  Sound off……