If you love 1950’s fashion, you will have much to be happy about in this offering.   The team at Integrity is giving the WClub a green eyed,  titian haired Victoire with new facial screening.  She is described as having “FR Caucasian skin tone”, hand applied lashes and “Ultra-Rich Red, Fully Rooted Hair”.

According to the write-up from Integrity, the coat is a deep pink velvet and has the elegant moniker of "grand manteau de soirée".  Hey…this lady is my kind of gal.  She comes with her own cocktail!  Martini’s anyone?! 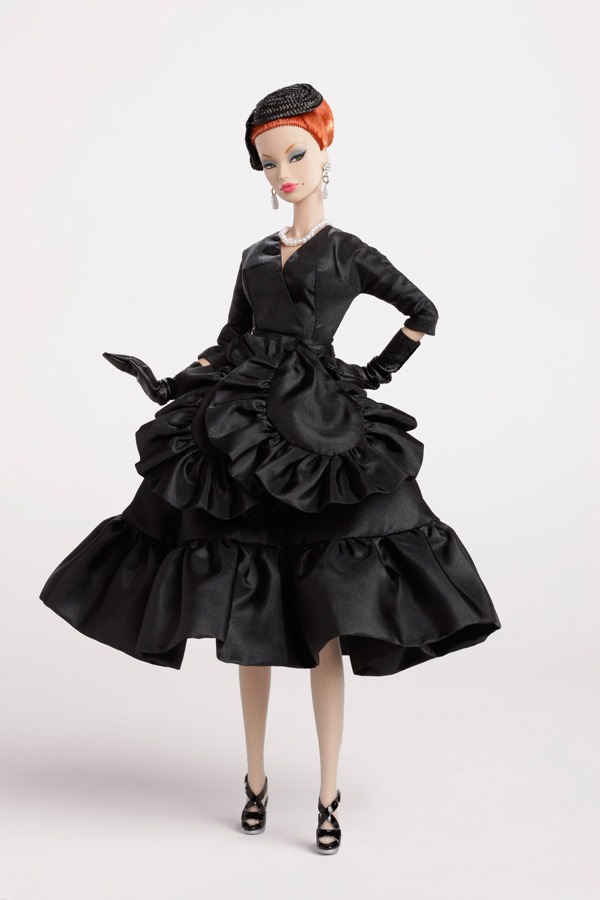 My first thought was…”I’m not totally lovin’ it”  I love the hairstyle and the fact that she is a redhead.  I am not sure of the facial screening yet.  I think my main problem is the  thin eyebrows ( totally agree with you there Hilda!).  Did she over pluck them?  I’m thinking…yes.  However, now that I think about it, it is definitely more high fashion 1950’s ( think Dovima, enough said).    Moving on from the eyebrows, I LOVE the coat, hat and little martini glass.  I am not loving the massive amounts of ruffles on the dress.  It looks like she might be wearing one(or possibly two…I lost count) cocktail waitress apron(s) too many.  That being said, I am still ordering her.  I see potential.  I also see inspiration from 1950’s Dior…what’s not to like about that?!