Integrity Toys, Inc. is ready for their close up…

…as they bring collectors an iconic character from the classic film noir movie Sunset Boulevard. 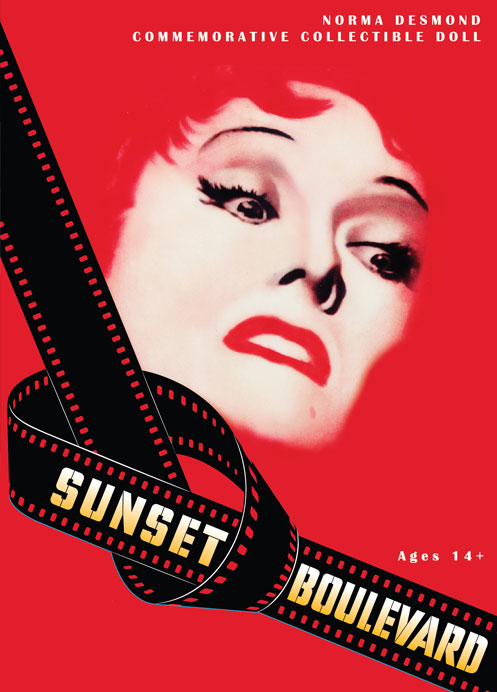 Here is the write up from Integrity Toys, Inc.:

“Integrity Toys, Inc., in collaboration with Paramount Pictures Corporation, is proud to introduce an ultra-detailed collectible doll inspired by the iconic character of Norma Desmond in the movie Sunset Boulevard, which will be available in late November 2012 just in time to celebrate the release of this iconic film on Blu-Ray!
Praised by many critics when first released, Sunset Boulevard was nominated for eleven Academy Awards® and won three. It is widely accepted as a classic, often cited as one of the greatest films of American cinema. Deemed "culturally, historically, or aesthetically significant" by the U.S. Library of Congress in 1989, Sunset Boulevard was included in the first group of films selected for preservation in the National Film Registry.
With its larger than life and over the top leading character and stark view on stardom, Sunset Boulevard made a lasting impression on both film making and acting.

About the Doll
This fully articulated 12" vinyl doll has applied eyelashes and a fully rooted dramatic hairstyle closely inspired by the character of Norma Desmond in Sunset Boulevard. Using a Giselle head mold on a Nu.Face body, the Norma Desmond doll comes wearing the dramatic black ensemble that the character wears when she decides to pay a surprise visit to her former movie director on the set of his latest film. The look is composed of a sophisticated long sleeved black dress, topped with a reversible short "fur" caplet with matching "fur" muff, a dramatic black hat with a single white feather perfectly placed on the front, a faux-diamond jewelry set and black pumps. The doll also comes with a doll stand and a certificate of authenticity. Ages 14 & up. “

To set the stage a little…here is a promotional shot from the movie and a sketch by the famous costume designer Edith Head. 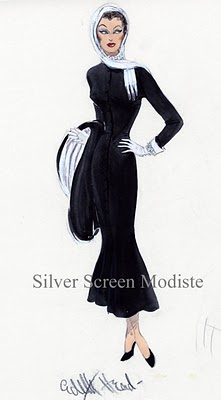 And here is Integrity’s interpretation of Norma Desmond.  I LOVE it!!!

This entry was posted on November 12, 2012 by raberry65. It was filed under Fashion Royalty, Giselle and was tagged with Fashion Royalty, Integrity Toys, Norma Desmond, Nu.Face Giselle, Paramount Pictures Corporation, Sunset Boulevard.