A friend has just reminded me (Thank you Jim!!) of a limited “holy grail” Silky that I forgot to mention in my previous post.  She is the Raven Debut Silkstone given to attendees of The Paris Fashion Doll Festival in 2009.  So… there actually was another Silkstone given at a convention .

Barbie Debut Brunette ( although she is more commonly referred to as the raven haired debut.) 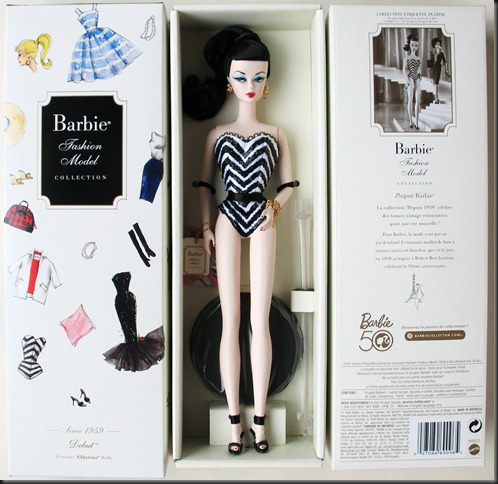 Isn’t she lovely!    Lucky convention attendees too…they were in Paris AND have this lovely keepsake from the event.

This entry was posted on April 13, 2012 by raberry65. It was filed under Uncategorized .