and she is nobody’s baby anymore.  She is a much more sophisticated version.  She has, after all, been modeling in New York now for the past couple of years so one would expect a certain increase in maturity and sophistication.  The little dog she comes with is TO DIE FOR and her name is “Petunia”.    With rooted lashes and eyes reminiscent of the uber popular Bergdorf Goodman Poppy, this one is another winner.  Sign me up for sophistication Poppy!

This one is a WClub exclusive folks so you have to be a member to get your hands on this pretty lady or be willing to pay the exorbitant fee she is sure to garner on Evilbay. 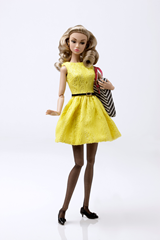 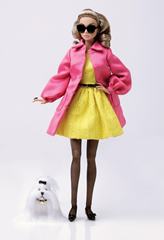 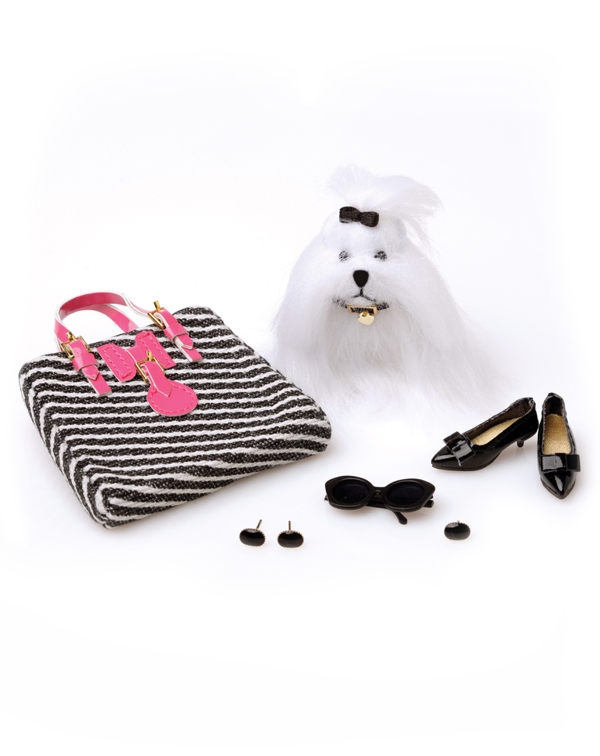 According to the story card by Integrity, Poppy’s parents gifted little Petunia to her to help keep her company while she works in New York.  You know…so she would not get so homesick.  I don’t know about you guys but….Poppy doesn’t look like she is suffering from being homesick.  She is an adorable young woman modeling in New York City.  I don’t think she is missing home at all

One of the many benefits of going to convention is the opportunity to participate in a workshop.  This year I learned how to do some minor face paint adjustments and restyle hair.  I found the workshops both informative and just plain fun.  One of the additional perks of the workshops is that you typically can purchase a special doll to use as practice in these workshops.  I was able to secure a spot in the Poppy Parker hairstyle class with Matt Sutton so I was able to purchase one of the Poppy Parker workshop dolls and I ADORE her.  I did not play with her hair in the class like many of the others because I just felt she was perfect as is.  I liked how Integrity Toys handled the workshops this year as well.  They set up the actual classroom spaces to be first come first serve but made 300 workshop dolls available to those who wished to just purchase the doll.  It seemed like most people were happy with that…if they didn’t get into the class, they could at least get the doll.  I believe most if not all of the extra workshop dolls were available for purchase in the sales room too.  The Poppy Parker workshop dolls sold out first on sales room day ( you lucky dogs at the front of the line!) .    The photos will tell you why

Tropicalia workshop Poppy Parker and Dream Teen Poppy Parker in Envied and Passionate Monogram dresses.  Chair was a gift to all convention attendees.

Note:  You don’t need an elaborate background to have an interesting backdrop.  Sometimes the boxes themselves can be interesting and fun. 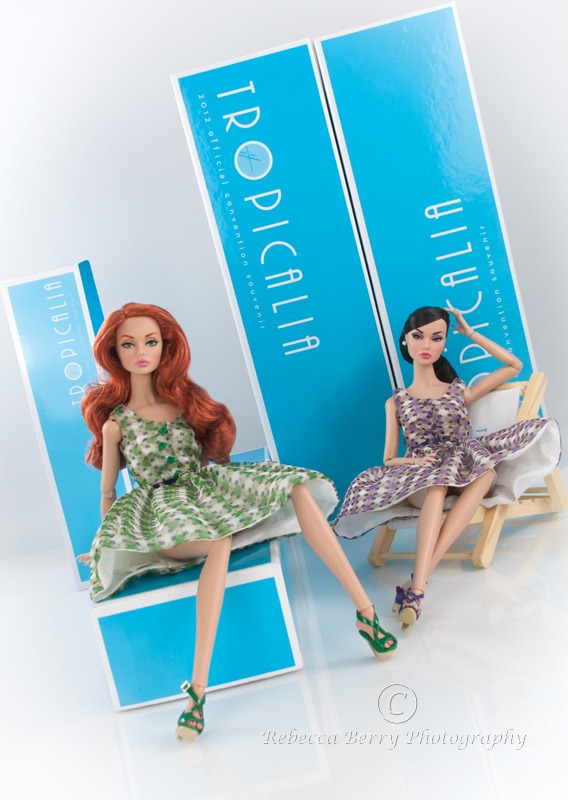