…and a few Oscar night revelations.  Revelation number 1:  Holy cow…Lady Gaga can sing!  She belted out a number of our beloved Sound of Music tunes with heart, soul and one heck of a voice.  She even brought Julie Andrews to tears…not a dry in the house after that one.  Revelation number 2: God love Patricia Arquette.  Equal pay for equal work no matter the gender.  Sing it sister!!!  Now…on to the fashion report.

There were a great deal of recent couture and RTW runway looks showing up at last nights Oscars.  It would appear that Zuhair Murad and Elie Saab had the biggest presence on the red carpet last night and for the most part…it was a really good night for all the designers.  Here is Jennifer Lopez in Elie Saab

On the runway at Elie Saab’s 2014 Fall Couture show.  Yes, cleavage can totally make or break a dress.  In Ms. Lopez’s case, I believe it makes it.  I thought she looked stunning. 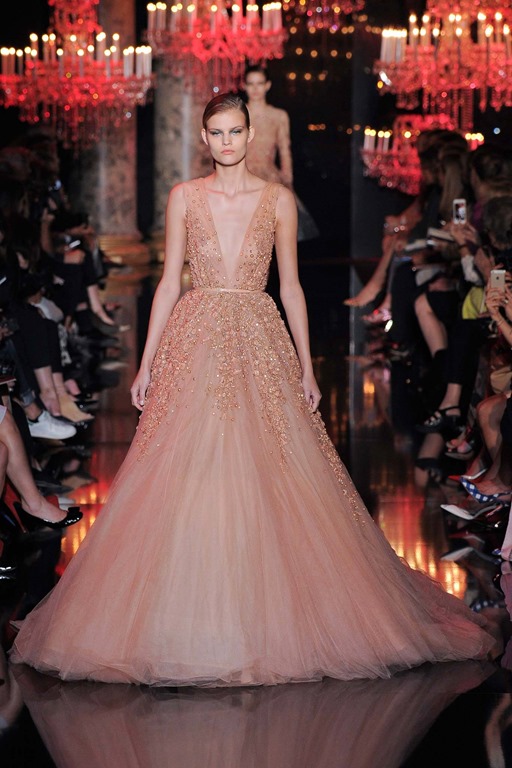 Next up Chrissy Teigen rocked it in Zuhair Murad.

And on the recent 2015 Spring Couture runway 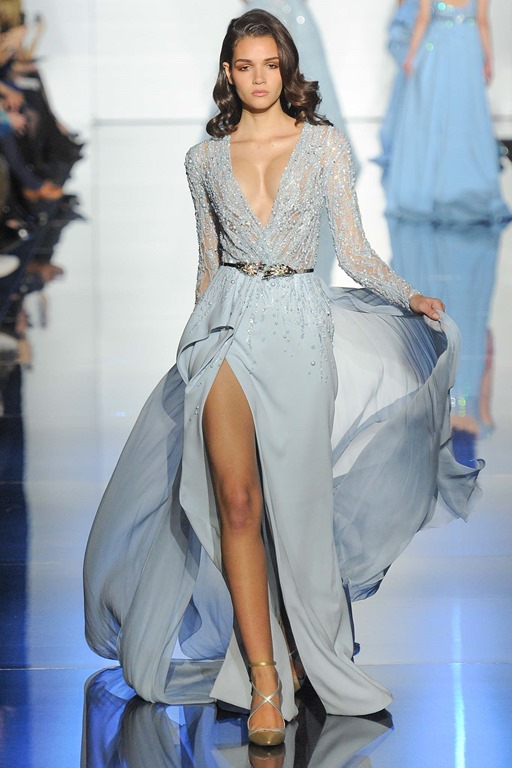 Well done designers!!!  Another notable house of fashion last night was Yves Saint Laurent.  I liked both looks they had on the red carpet.  First up was the lovely and apparently unharmed from her recent flogging( no I have not seen the movie and I must be the only woman under 50 on the planet who hasn’t)….Dakota Johnson. 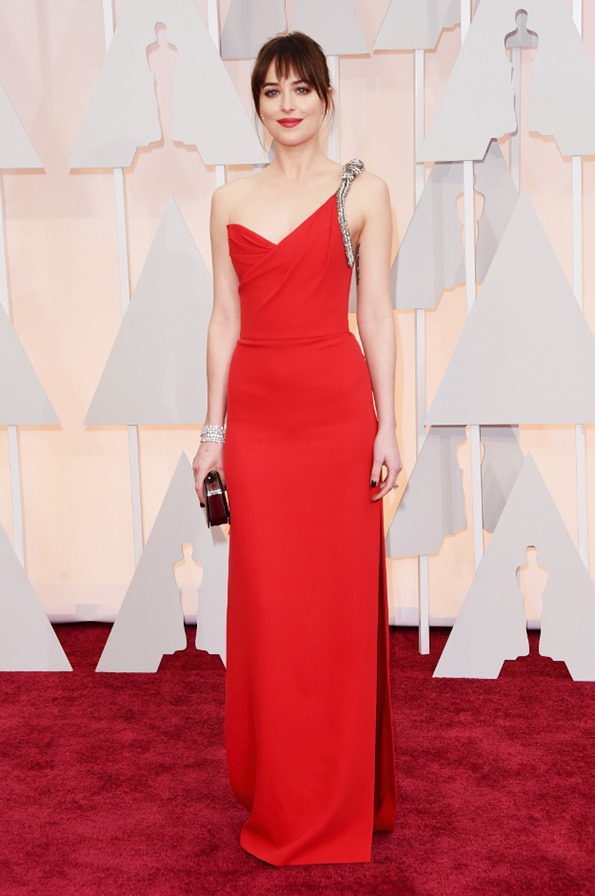 Margot Robbie wore the other Saint Laurent look magnificently.  This black tour de force was stunning with her blond tresses.  Kudos to the stylist who picked out this necklace…apparently a vintage piece from the former collection of no less than the late Duchess of Windsor , Wallace Simpson.  It was the best accessory of the evening..bar none. 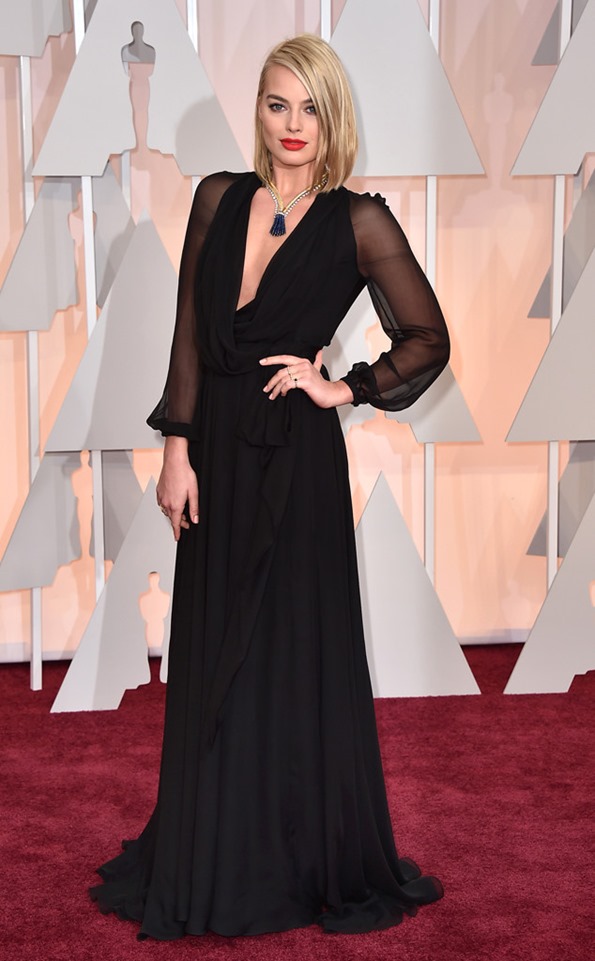 Kuddos to  J. Mendel who graced the body of Faith Hill.  Excuse me but…does this woman EVER age?!  She looked amazing.

The house of Givenchy.  There were two looks from this design house.  First up was the stunning Rosamind Pike in a custom gown.  Easily her best awards season look.  I loved it on her.

Jessica Chastain also wore Givenchy. While beautiful, it was not my favorite look on her.  She does well with a V neckline.  This square neckline just didn’t work on her in my opinion.  Loved the hair and makeup. 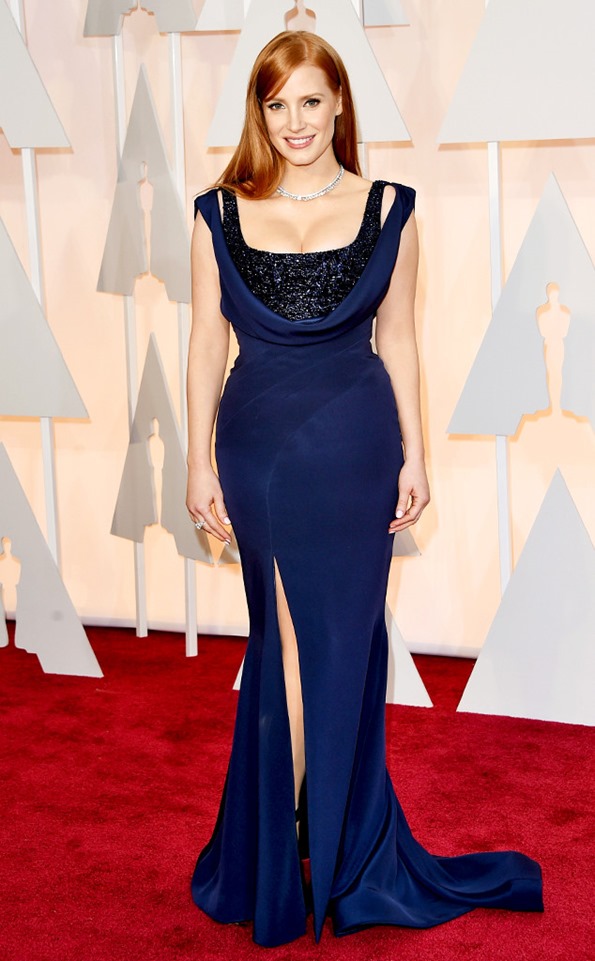 Anna Kendrick in a custom Thakoon.  Loved this coral color on her.  Also loved the hair and simple jewelry.  To her stylist: “Nailed it!” 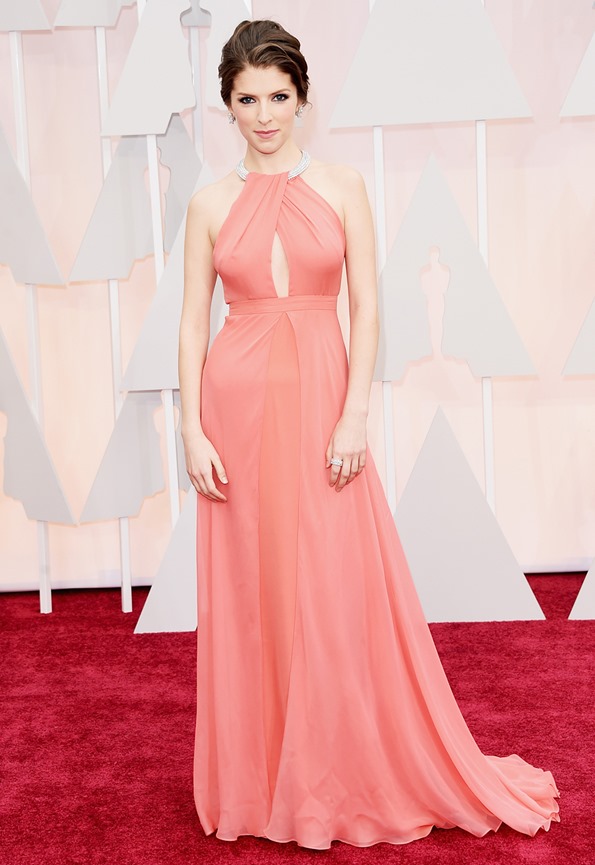 Next let’s talk about baby bump fashion for the evening.  I have to say that Kiera Knightley looked way better in her Valentino then she did in the Golden Globes Chanel mistake.  In this ode to spring floral she epitomizes the glow of impending motherhood.  Etherial and delicate.  Well done. 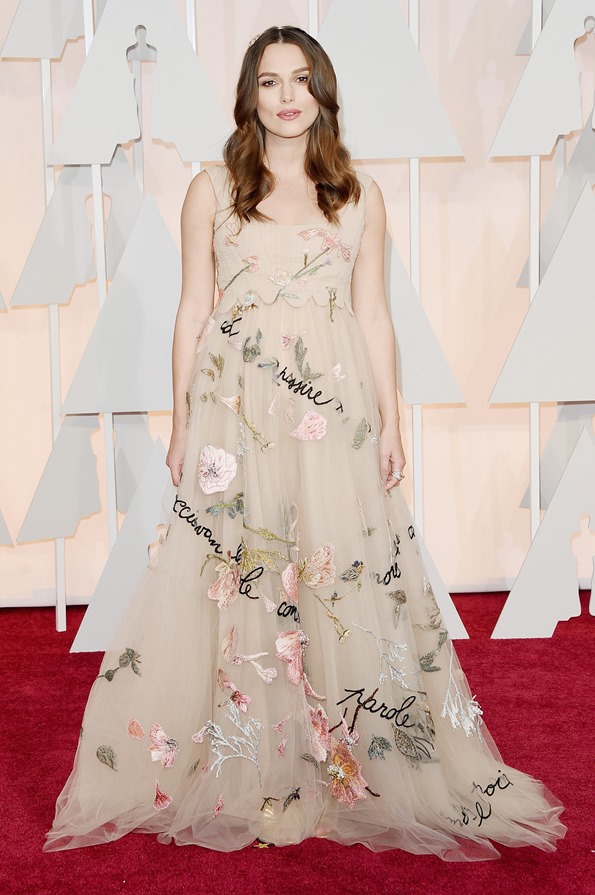 Next we have the fashion savvy newly bonded to Benedict Cumberbatch Sophie Hunter in Lanvin.  Stunning couple and if looking good on the red carpet while pregnant were an Olympic sport, she would have the gold.

Lastly, let’s talk about the two new baby mamas that rocked their Versace’s.

Zoe Saldana.  Oh my word!  And this woman didn’t have just one baby, she had two!!  This is what being a former ballet dancer can do for us.  Holy cow!  She looked stunning in this palest of pink hued Versace.

Scarlett Johansson in one of the best pops of color on the red carpet.  Whoever talked her into the  choker/necklace/piece of industrial hardware needs to rethink their grasp of appropriate accessories though.  Overkill …total overkill.

I really didn’t have much to snark about this year at the Oscar’s so I am going to leave it there.

I am always on the lookout for Barbie photos being used in the fashion world.  It came as a complete surprise to run across these photos while researching another project so of course I had to share them here.  Did I miss these??  My apologies if everyone has already seen the photos.

Apparently Interview Magazine did a piece on spring designer clutch purses back in April and Ms. Barbie modeled the cream of the crop for Spring of 2012.

** Photos are by Robie Fimmano for Interview Magazine** 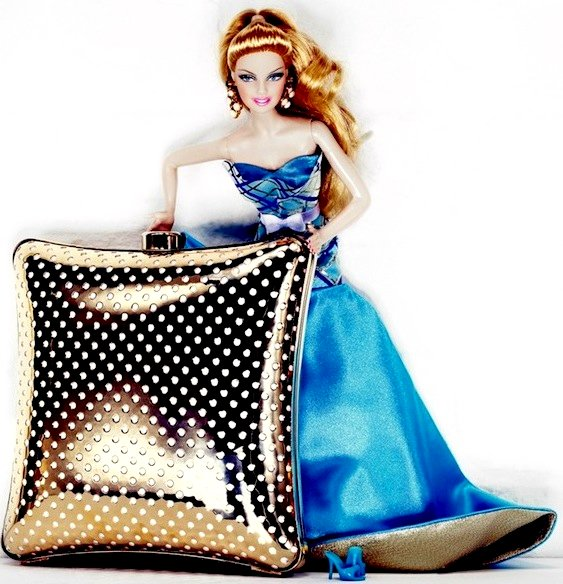 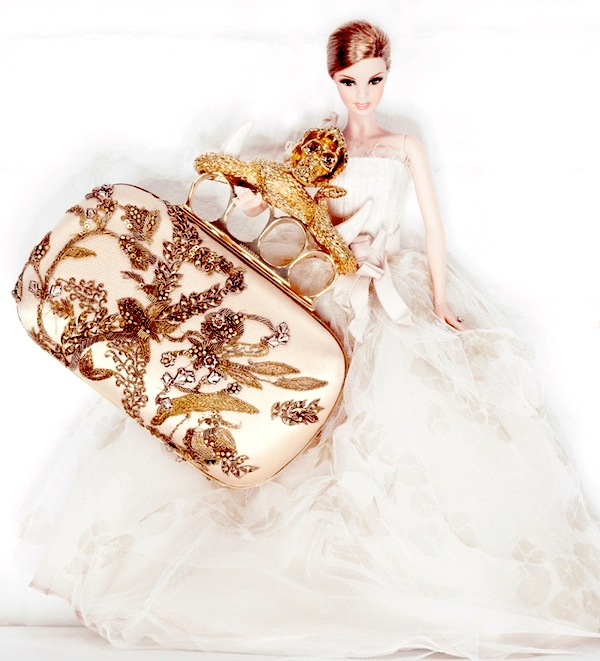 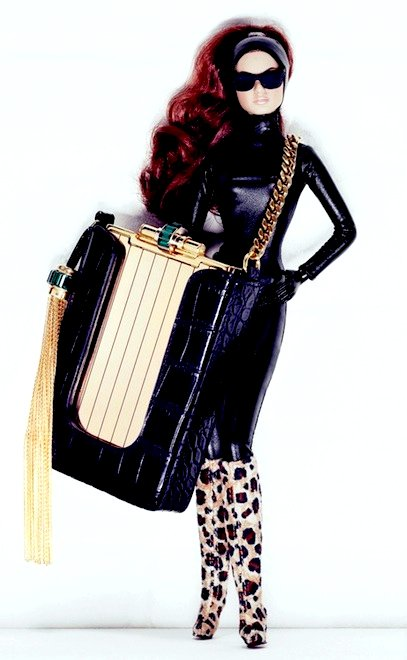 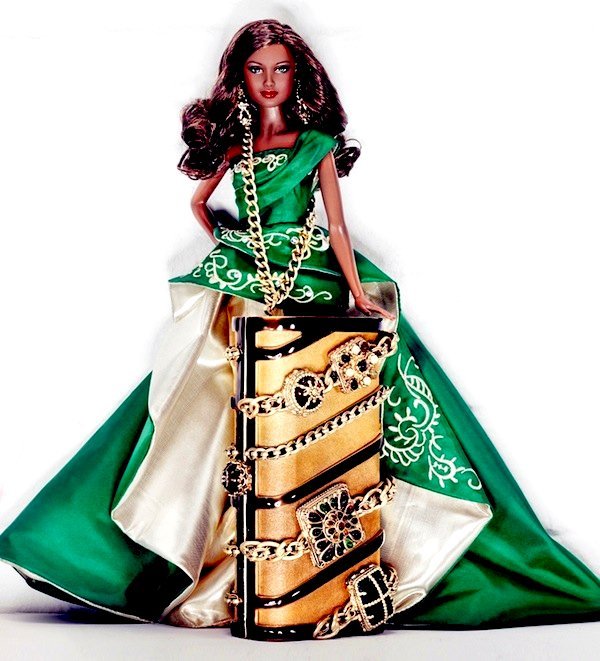