Ok so maybe this is just my Silkstone Barbie dream but I know a number of other collectors share this one.  Have you ever seen one of Robert Best’s sketches and thought to yourself…ohhhhh, I wish they had produced that one.  I know I have said that on numerous occasions.  For us redressers out here in collector land, many times it’s a “ I wish they had produced that outfit!”

Well collectors, I have what might be a real treat for some…how about the ability to put some of those longed for outfits on Miss Debut Silkstone?  Would that be something people are interested in?  I know I was!!  A huge thanks to Miss Missy and her delightful blog Miss Missy Paper Dolls for adapting this sketched doll and outfits from Mr. Best’s original works. 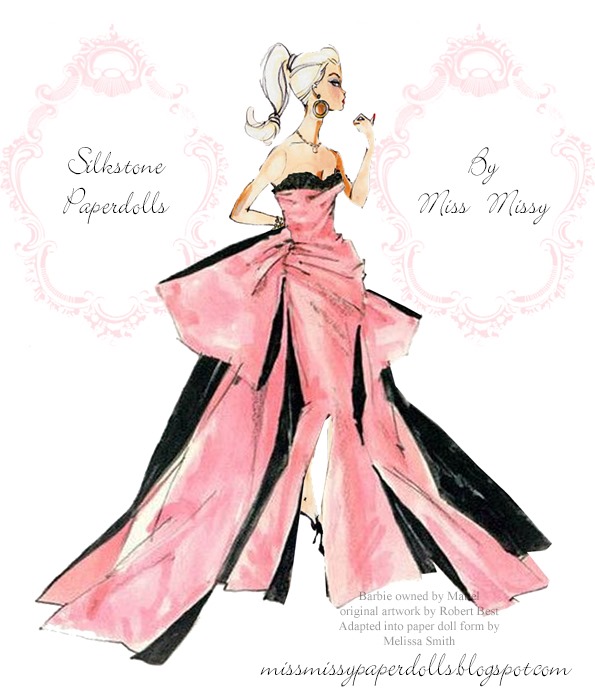 I made the picture above by combining a number of parts of the paper doll set on Miss Missy’s blog and a Photoshop brush by Elbereth de Lioncour on deviantart.  You can find the entire set of paper dolls here or I have posted another link at the bottom of this blog entry.  I had so much fun playing around with the combinations in this set. There are 18 different outfits in all!  I really liked the outfits that were never produced but that we have enjoyed through Robert Best’s sketches. 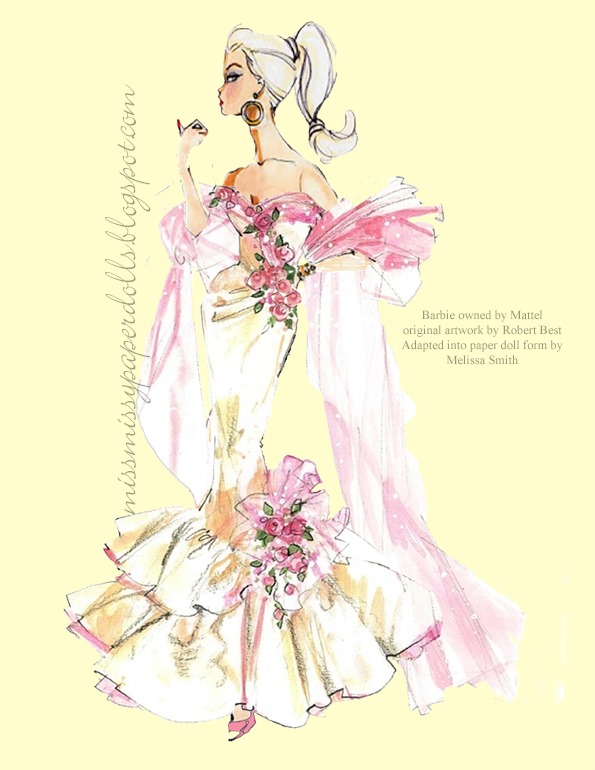 I am going to post the link but first…read this!  These works are derivatives of Mr. Best’s work but still under his copyright.  This means…YOU CAN NOT COPY AND SELL THESE PEOPLE. These paper dolls and all corresponding images are for personal use only!