The title of this post sounds like a new bistro sandwich LOL!  The earlier gowns of the BFMC Barbie line are the favorites of many.  This gown from a Barbie called “Provencale” with it’s delicate blue and white pattern was originally worn by a short haired redhead. 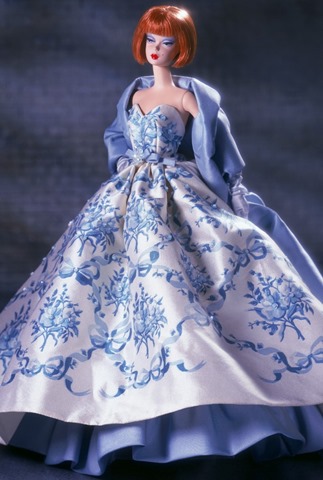 I have never warmed to that particular doll in that dress.  I love the dress and I love the doll…just not together.  This dress, since it entered my collection, has graced the form of French Maid Barbie. 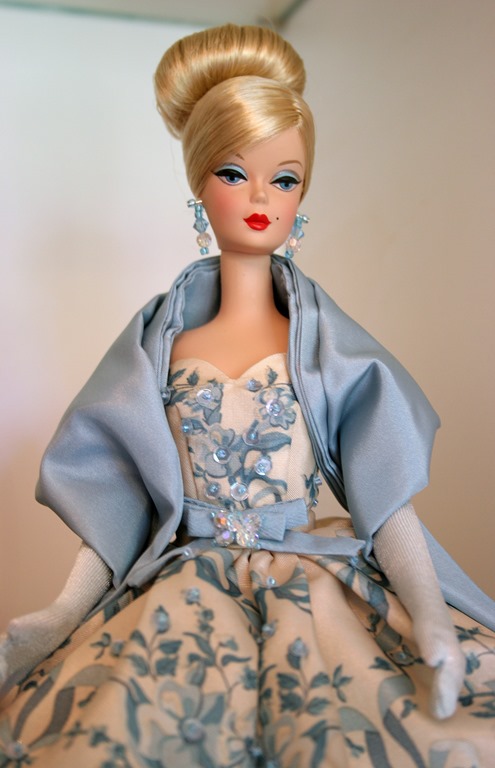 For a time last week, this gown was beautifully worn by the newly released red haired Poppy Parker.  Hope you like the photos. 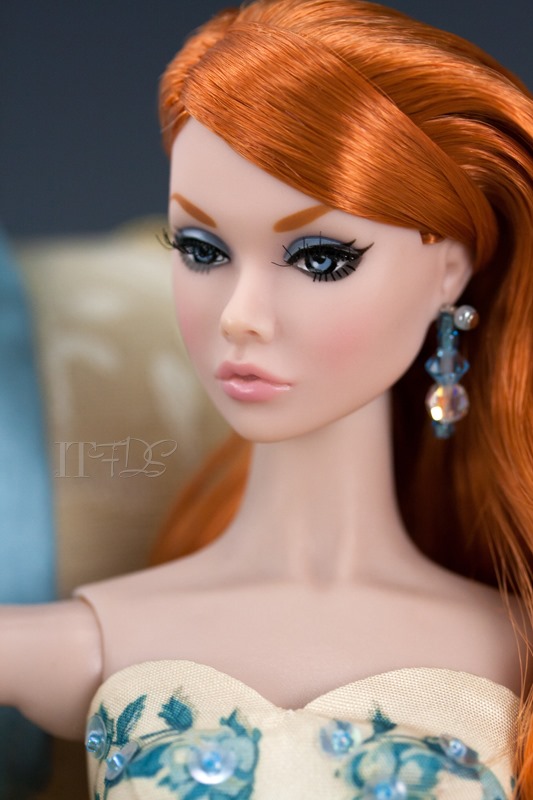 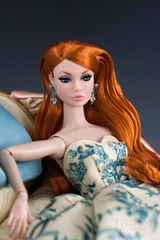 And just in case you needed even more drama in these photos…. 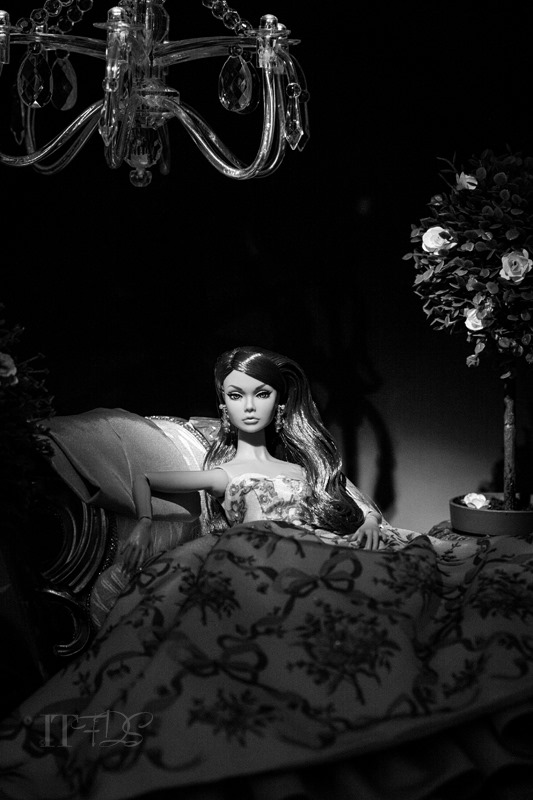