Okay…raise your hand if you got up super early in the morning to watch the royal wedding last year.  I know I did…or rather I set the television to record it.  I think it is fair to say most everyone loves a good wedding.  When you add in “Royal”, it adds a whole other dimension to the mix.  There was the wild speculation about the gown.  There were the royals.  And…there were the hats.  It was only a matter of time before they were made into the perfect Barbie and Ken right?  I had no idea this was coming but should have given the popularity of the royal wedding.   It is my understanding that this is a new face mold for Ken and It looks like a good resemblance to the real Prince William.  The Duchess Kate doll is lovely but looks to be more of a “ Barbie as…” representation.  The set  is said to retail for $100 and is set to be released around their one year anniversary in April.  Awwwww!  How romantic. 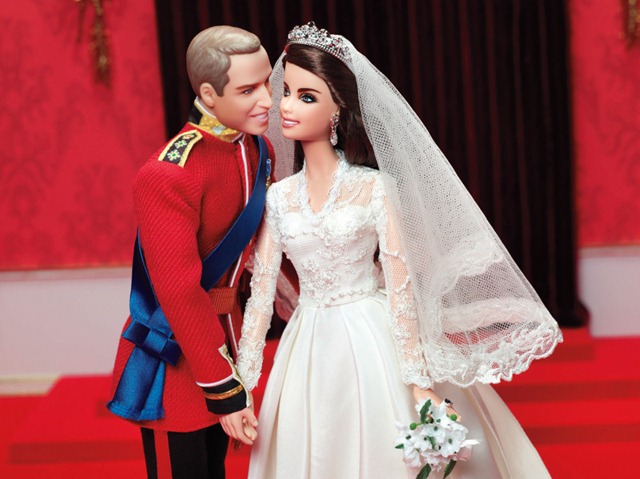 This entry was posted on February 14, 2012 by raberry65. It was filed under Barbie and was tagged with Barbie, Barbie and Ken, Kate and William Barbie, Royal Wedding Barbie, William and Kate Barbie.