Well…I was apparently incorrectly under the impression that this information was not supposed to be shared outside of the Barbie Fan Club(BFC) but since everyone else is sharing it and posting photos outside of the BFC, I might as well join the club

The BFC hosted an event at NBDCC this year where they showed some things that are coming up in 2012.  First and foremost, the BFMC is going back to its roots with classic styling.  They had one of the silkies on display and I think she is gorgeous!!

a little blurry but thought I would include it….

And Mr. Best with his beautiful creation. 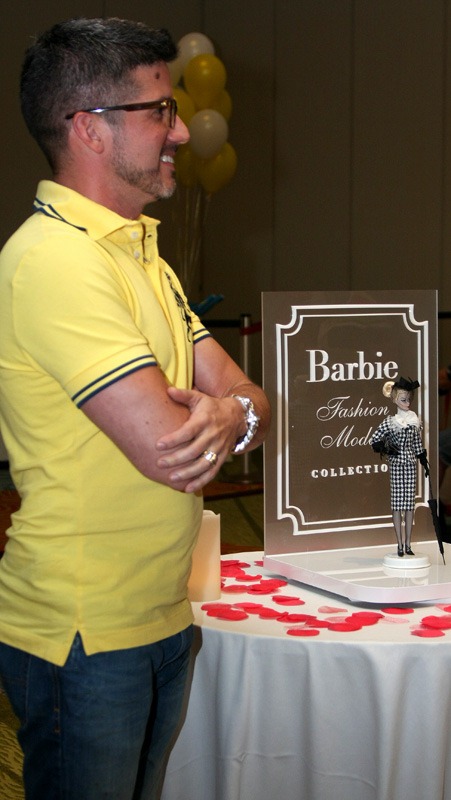 Next up was Bill Greening with next years vintage reproduction offerings 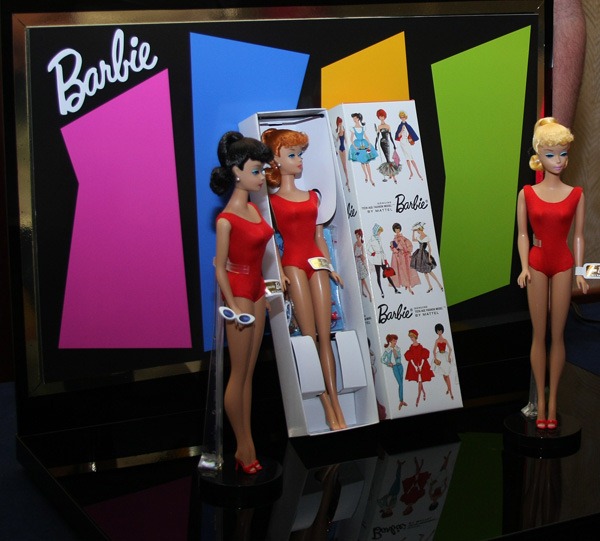 It is my understanding that you can have your pick of blond, brunette or redhead and you will receive all four reproduction outfits with the doll.  One for each season…Spring( Garden Party), Summer ( Resort Set), Fall( Dinner At Eight) and Winter(Winter Holiday).  Eeeeeek!  Too much loveliness!!

Lastly, they showed us what is in store for the final Barbie Basics line.  It is Barbie Basics 3.0 and they will be in swimsuits.

I believe these are the accessory packs that will be available with this line…adorable! 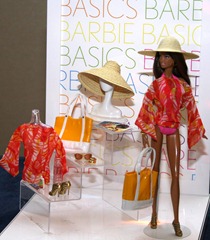 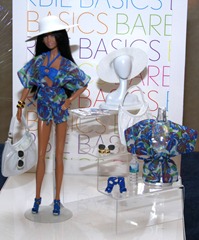