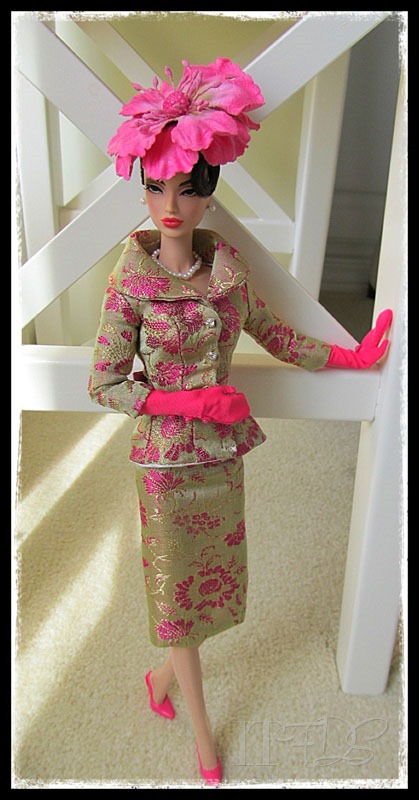 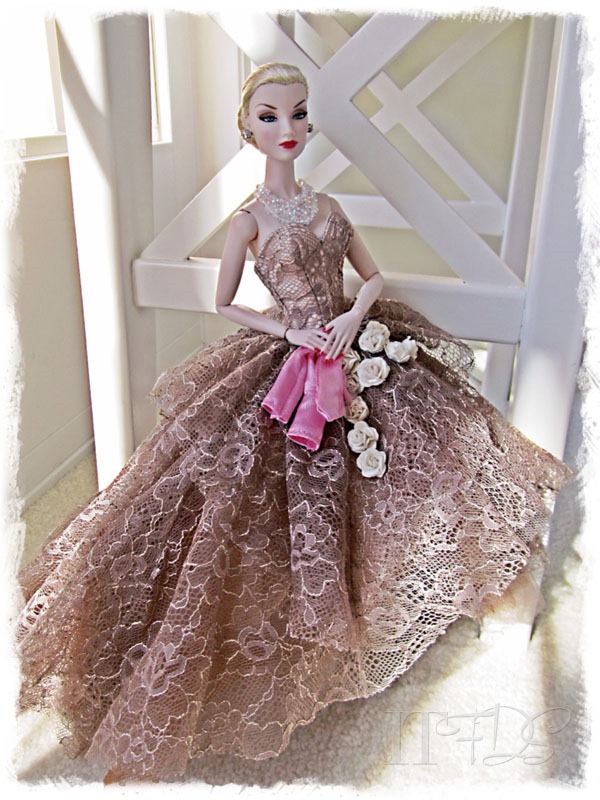 Integrity Toys is putting on its “Funny Face”

At the Fashion Royalty 2012 convention, Integrity Toys gave attendees a tantalizing peak into 2013 and some projects in the works.  We were asked not to take photos and I ( like a good girl) set my camera down on the table and listened instead of reported.  I decided I didn’t want to blog about it until I had some photos.  Integrity Toys released a photo to Dolls Magazine for their January edition  and all of us bloggers received the green light to share.

Integrity toys is doing a Funny Face collection!!!  Kudos to Integrity Toys for they are, I believe, paying homage to one of the richest displays of haute couture fashion in a movie. Hubert de Givenchy designed Ms. Hepburn’s wardrobe in this classic and in so doing gave us a gift that keeps on giving each and every time we watch the movie.  It never dies for me…I am floored by the beauty of the couture every single time.

"His are the only clothes in which I am myself. He is far more than a couturier, he is a creator of personality," Hubert de Givenchy’s muse Audrey Hepburn said of the designer. 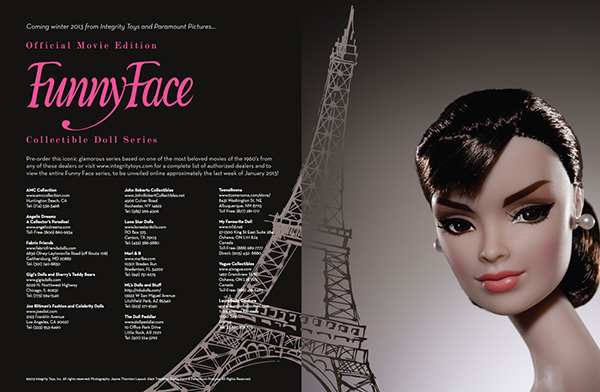 Given that they are taking on a movie that was elevated to cult status by Hubert de Givenchy fashions, Integrity has given themselves a high mountain to climb to satisfy the couture snobs among us.  I don’t know which one of Integrity’s designers took on this mammoth job but I suspect..they are up to the challenge.  I am waiting with baited breath to see what they have planned.  Integrity has stated that Funny Face will be one of the collections that will be officially unveiled to the 2013 W Club later this month during their first upcoming 2013 online event . If you want the info first, you will need to become a WClub member. Registration is currently open but will be closing on January 16th. For more information about this please see my blog post https://insidethefashiondollstudio.com/2012/12/20/wclub-2013-registration-now-open/

The doll:  What we know.   She is the Veronique version 1 face sculpt on a Poppy Parker body ( if memory serves correctly).  Based on board feedback,some collectors are happy that Integrity is bringing back some of the older original face molds.   I for one think it’s brilliant.  You make fans of the older and much loved face sculpts happy and you use it to bring in new collectors with a fun an interesting twist.  Some are not too sure about the Poppy Parker body she is reported to be on.  I am thrilled.  This means the clothing will most likely be interchangeable with my Poppy’s ( HUGE BONUS!!) and some of my silkies too {{YES!!}}.  The possibilities for redressing and photographing are giving me reason to hyperventilate right here and now.  {Rebecca takes a moment to collect herself….okay onward with the blog post}

Okay, Okay….so speculation is running rampant on the WClub board as to what outfits will be reproduced for this collection.  My wish would be…ALL OF THEM!  Hubert de Givenchy is a genius!  Realistically however I am thinking, like Sabrina, there will be 4 or possibly 5 dolls with outfits produced.  So…which ones will they be?  My memory recalls that the picture we saw at convention had this Veronique above in the classic  “Take the picture, take the picture” red gown with her descending the stairs in the Louvre with Winged Victory gloriously displayed behind her.  That’s the iconic gown that most people remember from this movie and it was reproduced for the 2008 NBDCC convention in Kansas City.

** Photo courtesy of Mattel and Barbiecollector.com**

If Integrity does this one, as I suspect they are, that leaves possibly 4 more that could also be produced ( and I am just guessing here folks on what MIGHT be produced based on what they did with Sabrina last year).  Continuing on my complete speculation train…here are the outfits I am hoping to see…in no particular order

1.  The Wedding dress…come on guys…they HAVE to do this one!  Has this ever been produced for 1/6 scale?  I don’t recall ever seeing it but then I have not been in the collecting arena as long as some of my readers so.. feel free to call me on this one.  I know some amazing OOAK artists have done this one but have never seen it manufactured in larger numbers. 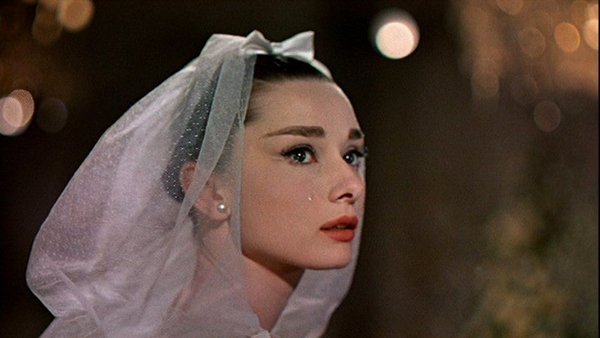 The incomparable Hubert de Givenchy as he fitted Ms. Hepburn for this costume. 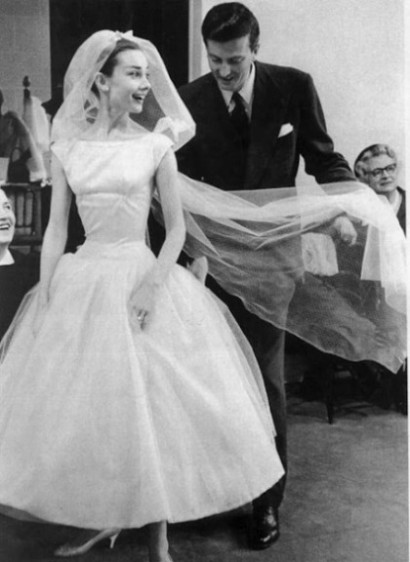 2.  The exquisite white and pink princess gown.  I remember seeing this in the movie when I was younger and feeling my jaw drop.  Didn’t we all want to be her at that very moment??!!  Matt Sutton and Natalia Sheppard brought us close with their amazing OOAK’s

Oh the pink/white glory of that gown and jewels…..

**Picture below is courtesy of Matt Sutton www.mattsutton.com and Natalia Sheppard www.nataliasheppard.com.  You can also find more of Natalia’s work on Flickr at www.flickr.com/photos/36742856@N05/page4/** 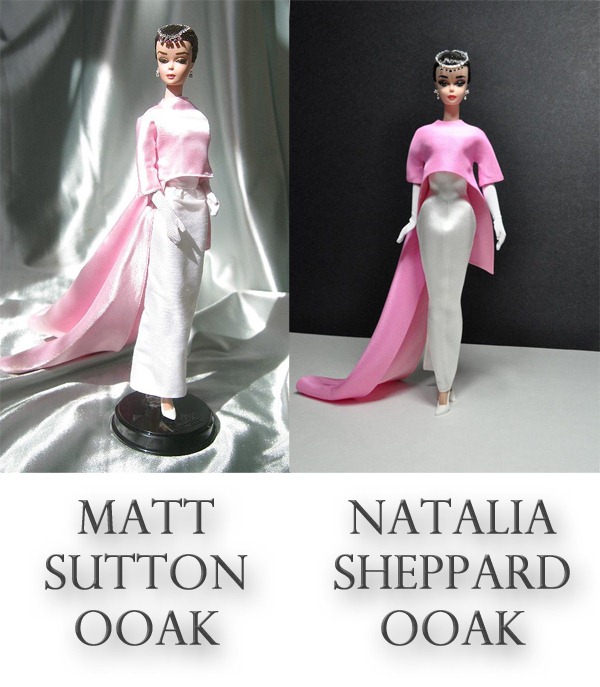 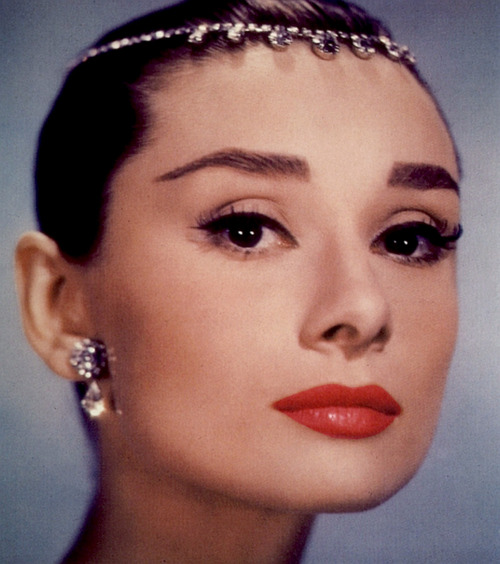 3.  The flower shop.  I have always wanted this one produced….for the hat alone LOL!  The problem with this one will be…My OCD will have me recreating the entire flower shop for a photo shoot.  {Snort!} 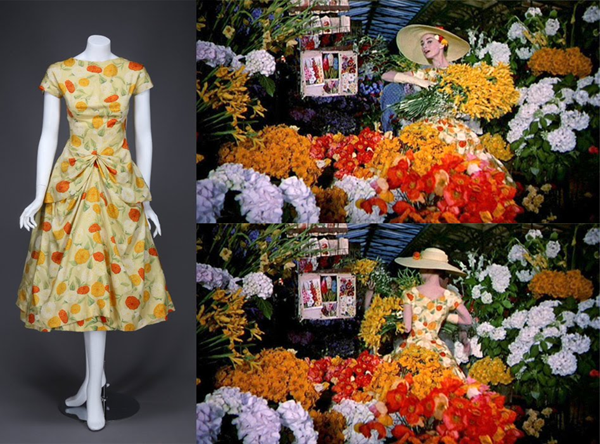 4.  My fourth and final pick.  This was a hard one and I went back and forth between three…that glorious green coat from the Opera scene, the floral embroidered gown in front of the fountain with the birds or the polka dot gown with the unforgettable aqua cape.  The polka dots won. 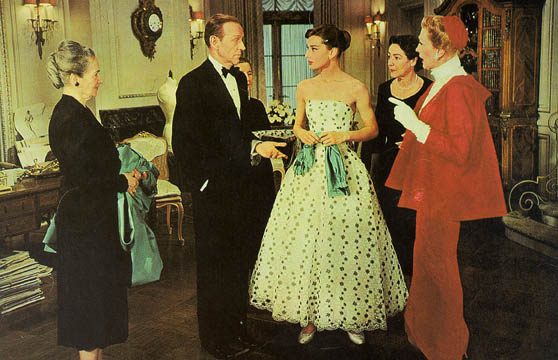 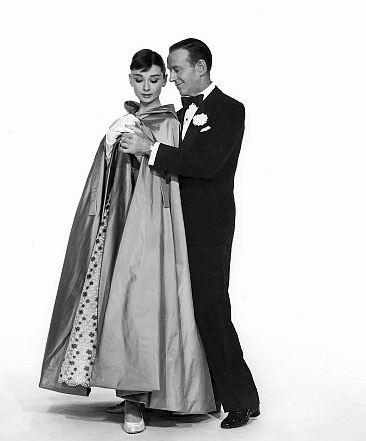 I would love to see three other gowns produced but know it would be impossible to produce all of these.  This is my blog however, and I can wish for what I want to wish for 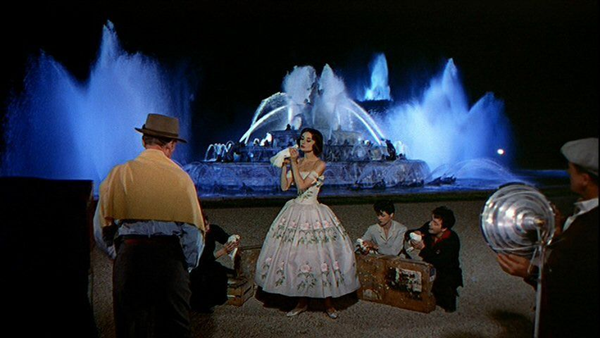 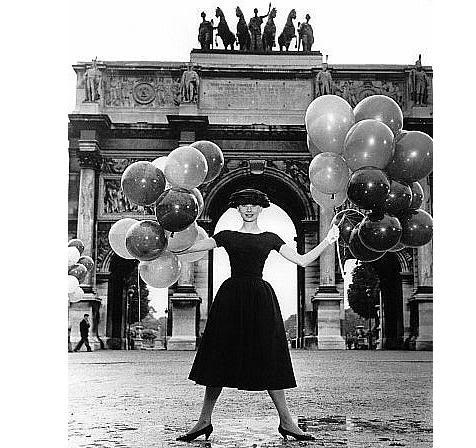 Oh and one last one in closing…..

I always thought the hat above inspired Robert Best for his Garden Party outfit hat.

Anywhoo…. This is turning into a mammoth sized post. A reminder….Integrity has stated that Funny Face will  be one of the collections that will be officially unveiled to the 2013 W Club later this month during their first upcoming 2013 online event! .  If you want the info first, you will need to become a WClub member.  Registration is currently open but will be closing on January 16th.  For more information about this please see my blog post https://insidethefashiondollstudio.com/2012/12/20/wclub-2013-registration-now-open/