So right after I posted yesterday, Mattel posted new images of the BFC exclusive Silkstone for 2016.  We have all had a gander at the sketch for many months and many of us had a chance to see the doll in person at the NBDCC 2016.  Here are a few images I took of her at NBDCC

And here is the information and official pictures

She is a BFC exclusive which means you need to be a BFC member to purchase. 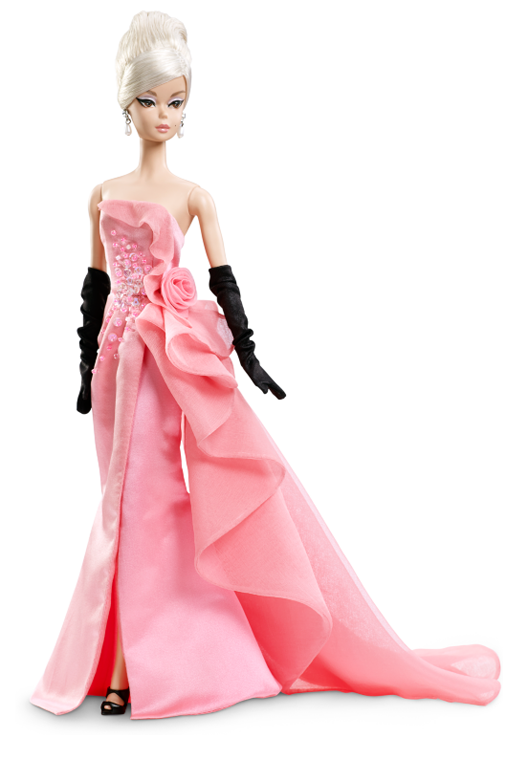 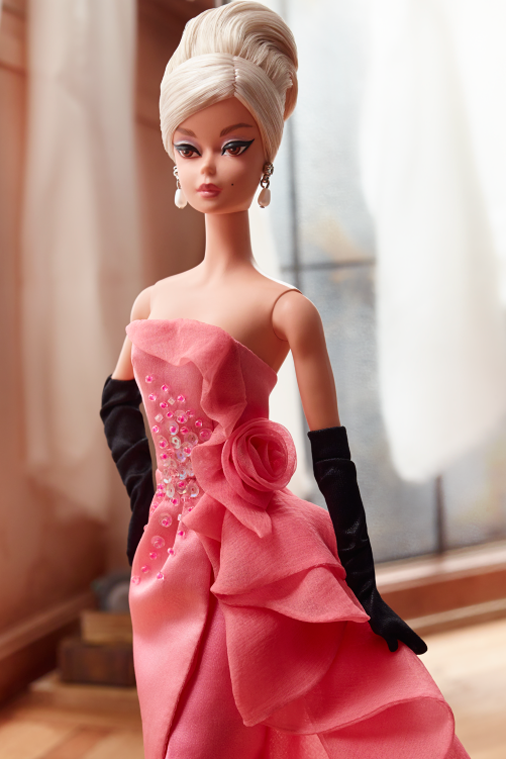 Things to take note of….The IRL doll at NBDCC was sporting pink shoes not black and the fabric on the IRL doll did not show the same kind of fabric as the promo shots are indicating.  Just trying to keep it real folks and set expectations appropriately.  You be the judge but to these eyes, the ruffle material on the promo shots looks like it lays very nicely, whereas the IRL doll at NBDCC did not.  The beading also looks very different but there are always differences between the promo shots and the actual production doll.  The difference here is that the production doll was actually seen BEFORE the promo shots so, it feels kind of humorous to me.  It’s like saying “ Yeah…this is what we could have done…but….we didn’t”

All else being held equal, I’m still buying the doll.  She is a platinum updo with a pink gown…of course I’m buying.  Whether or not I feel very good about it is another thing.  I have a hard time supporting a company who is making some really unfortunate decisions regarding their collector line.  I find it hard to plug a product in this blog when I have a very real concern for the direction of this Mattel division.