I am the worst procrastinator…I really am.  I have been sitting down to do post convention reports for the past week and somehow…I just get going on another project.  I have no idea why I do this because the convention was AWESOME and all the reports will be fun.  All I know is that today…when I had every intention of sitting down to do the convention write-up, I decided to do a photo shoot.  Hopefully this posting will clear the logjam of post convention information gathering in my head and clear the way for future posts.

I recently took receipt of some amazing OOAK repaints by the amazing artist Jon Copeland (selojspa).  I loved the Mood Changer Poppy Parker set we received through the WClub but wanted to see what Jon could do with the brunette and lavender haired heads.  What I received blew my mind.  Here is Miss brunette mood changer Poppy Parker enhanced by Jon.

Note** Miss Poppy has been upgraded to an FR2 body for these shots.** 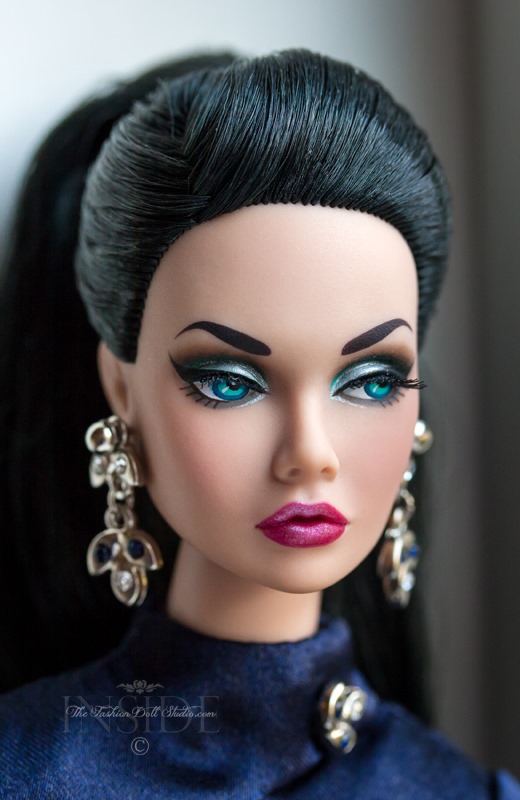 Jon…many, many thanks and {hugs}