Back in April, Integrity Toys broke with tradition and released a sketch of a doll that was purportedly an indication of the theme for this year’s convention.  See original blog post here. 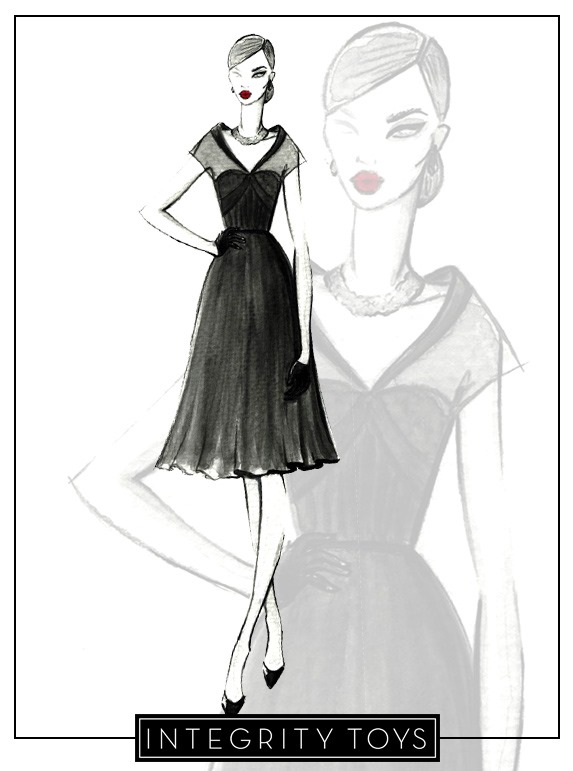 This was the sketch released…..and here is the actual prototype… 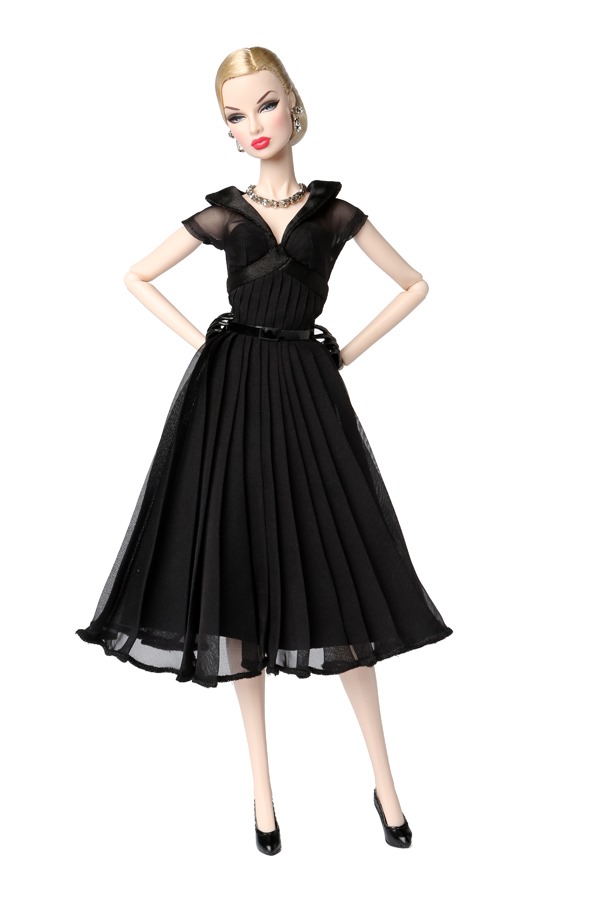 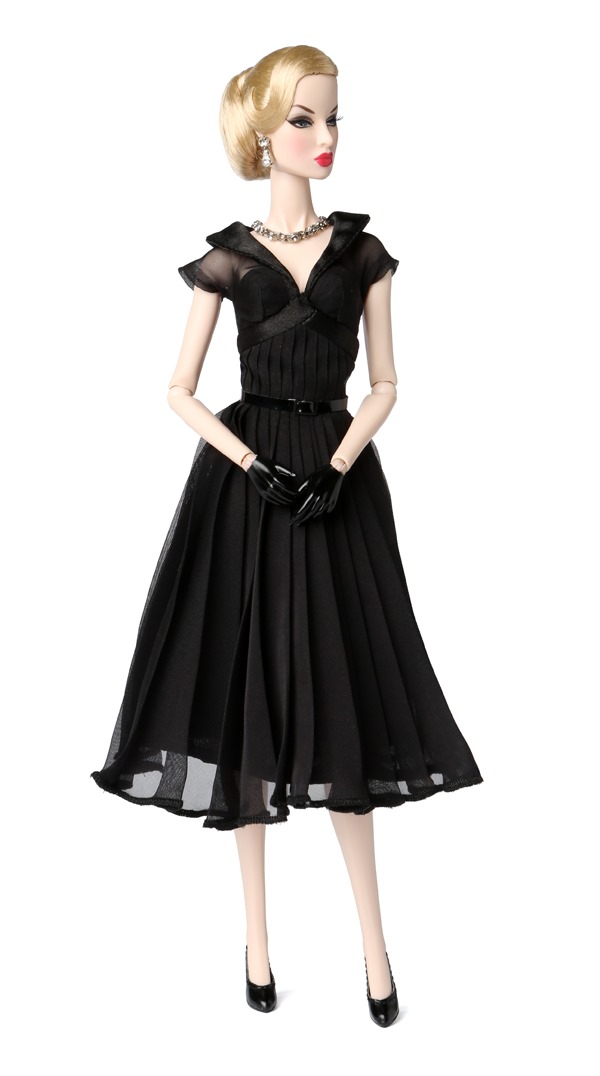 I admit…I was one of those that paid attention more to the sketch than the reference to the movie on this one.  I was thinking Eugenia was going to be brunette.   Well “Duh” Rebecca…the actress this design was channeling was Grace Kelly!  Grace, is blonde.  Guess I should have known.  Other than the fact that this is the third blonde in a black dress from IT this month, I LOVE her.  Even though I am kind of disappointed in the blonde version ( would have preferred raven on this one), I am still buying.  I will immediately switch out the silver necklace for pearls but the dress is out of the park gorgeous.

No information was released about skin tone on this one but she looks to be either Japan or Cream to me.  Will have to wait and see.