…And her hair is the big story.  I won’t lie to you folks…it’s a bit of a fixer upper.   Let me start by saying, her box is cute.  It is streamlined and classic.  I like it.

Here is Ms. C.Kisses in her box.  Pardon the crappy cell phone pictures…they were all I could manage whens she arrived. 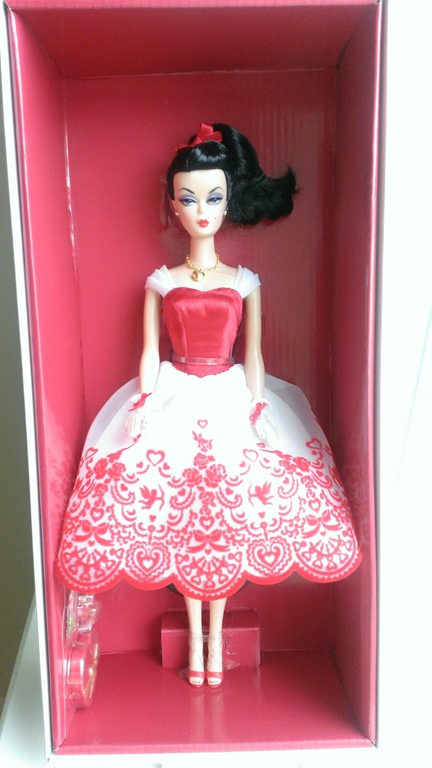 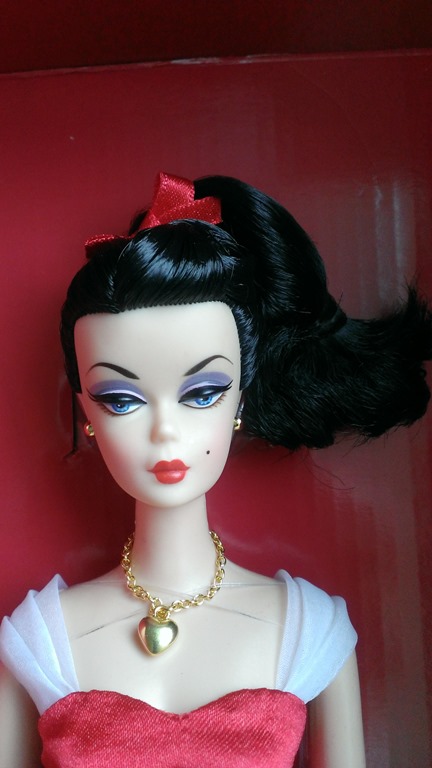 And here was mine and pretty much everyone else’s question….where is the cute little curl that goes on her forehead??  Here is the promo shot

No need to panic folks.  The curl is there..you just have to coax it down a bit. 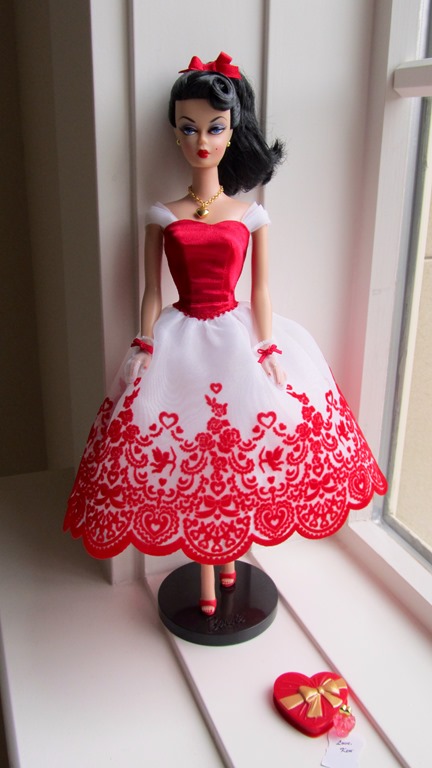 She comes with some adorable accessories 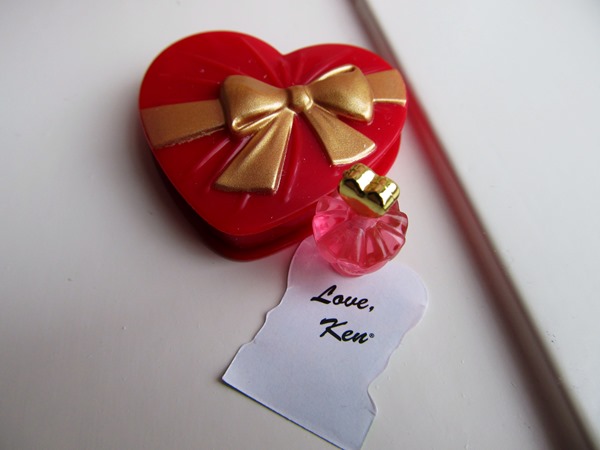 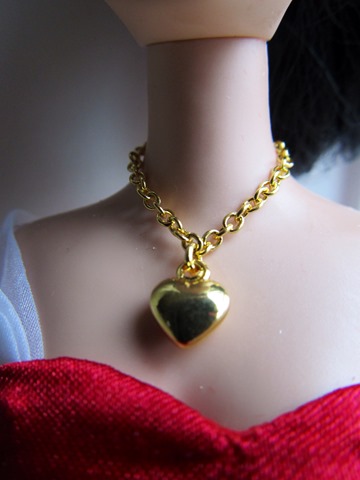 The dress is adequate though I have to be honest…I did not buy her for this dress.  I have other fashions in mind for her.  It is not Silkstone quality but it works well on her.  There is a Velcro closure in the back so there is some room to make the fit better if it isn’t working on your doll.  I think the velvet embossing on the dress is cute and appears to be applied correctly.  The hair though…was some work.  The ponytail does not have a hard curl at the end .  Therein lies part of the problem.   Mine came out of the box looking  a bit like someone took a pair of scissors to the end of the ponytail.  I will put a better curl in it when I have some time to hard set it.  For now, I am content with getting the curl to come down on her forehead.  Want to see how I did it?  I figured….so I included pictures

The handy dandy pin trick!  I keep these small silk or applique pins in my deboxing kit.  They can solve a whole manner of hat and hair dilemmas.

Push the curl down on the forehead to where you would like it.  Hold it down and insert a pin.  Make sure you are putting the pin into hair and not into the dolls forehead ( that would be bad…especially if you want to move the hair off the forehead later…you would have a lobotomy scar to deal with and nobody wants that LOL).  You can try weaving the pin in and out a little so it is catching different pieces of hair as it goes in.  It will hold better this way.  Be gentle with handling the hair on this one.  It gets messy very easily so don’t overwork it. 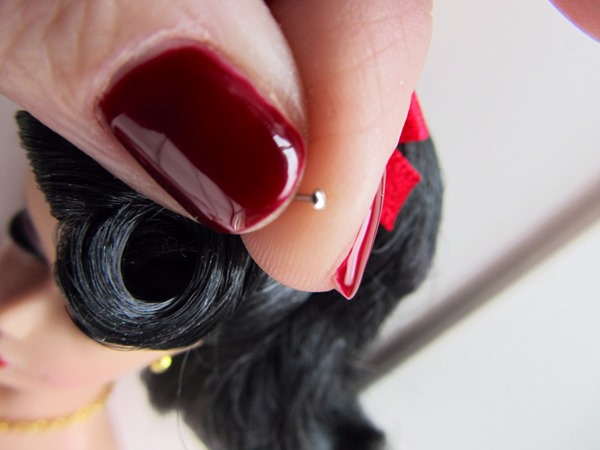 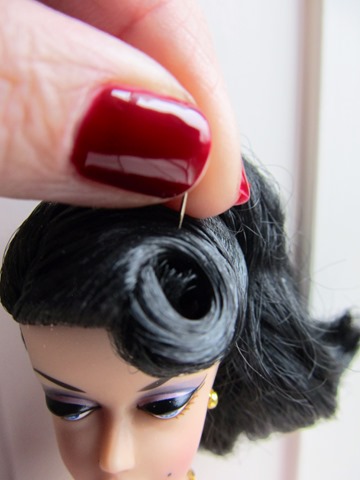 Push the pin in.  On a vinyl head it is so easy.  You can do it with your finger.  DON’T try this on a Silkstone.  You will end up with a hole in your finger {ouch!}.  You need a thimble for Silkstone heads.

You can leave it like this if you want.  You can barely see the pin unless you are looking straight down at the curl.  I photograph from different angles and since I try to avoid photoshopping when I can, I just ever so slightly move the hair over the pin so it is invisible.