The second official day of the National Barbie Doll Collectors Convention started with luncheon with a London theme.  Mattel sponsored the event and it was absolutely fabulous ( yes..pun on the British show intended).  We entered the event and the tables were all set up with mod centerpiece dolls 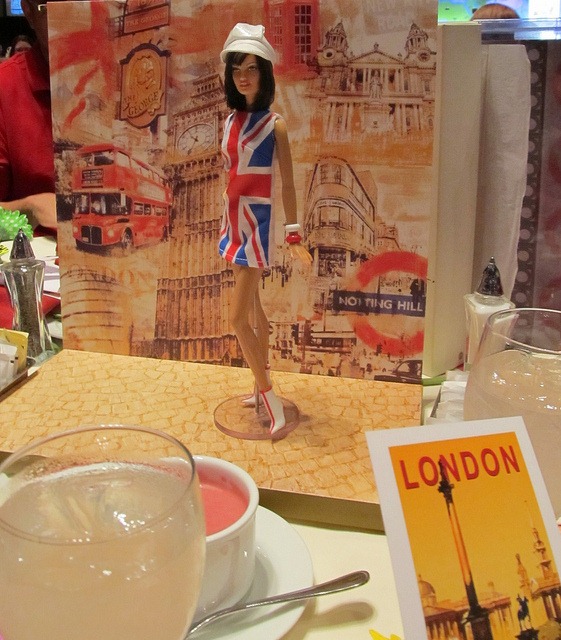 All around the perimeter of the room, there were the most amazing dioramas that Mattel had brought and set up to photograph.  There was the train set from the recent photos of the Russian dolls and the Metro station set from Sunday Best and City Smart photos as well as the church from the William and Catherine photo shoot.  I just about fainted when I saw them all.  I had to call my husband up in our room and say “ I need the good camera NOW!!”  Here are some quick point and shoot shots….good camera shots will be out later.  There were prototype dolls too!  Oh my word….I DIE. 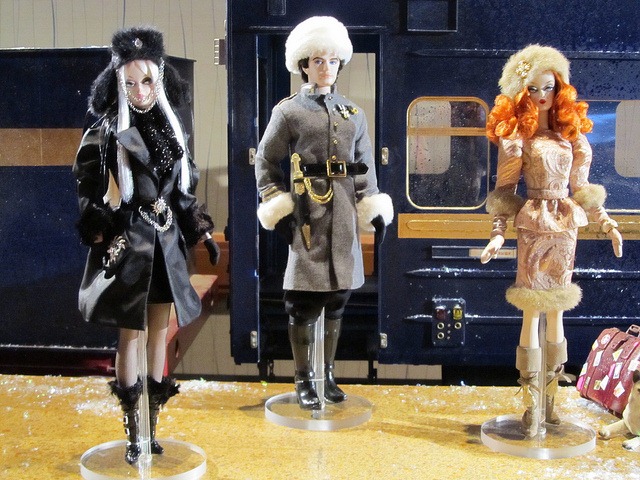 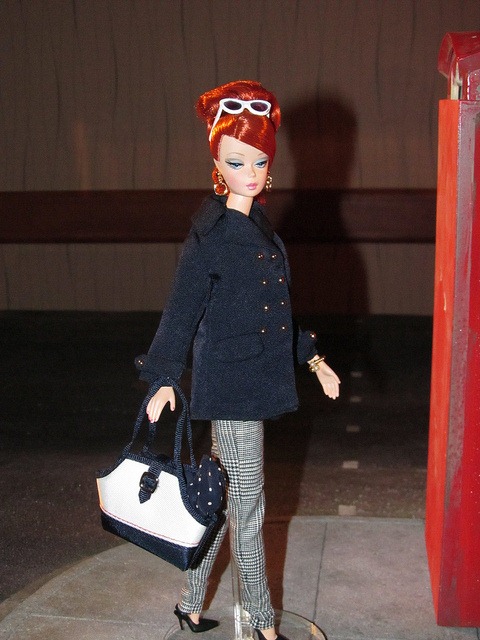 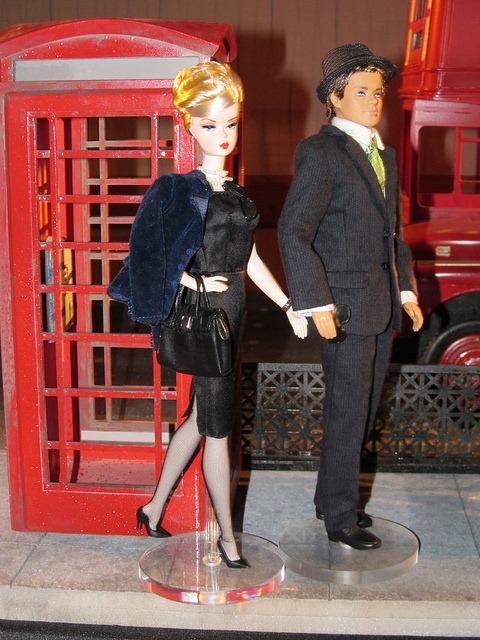 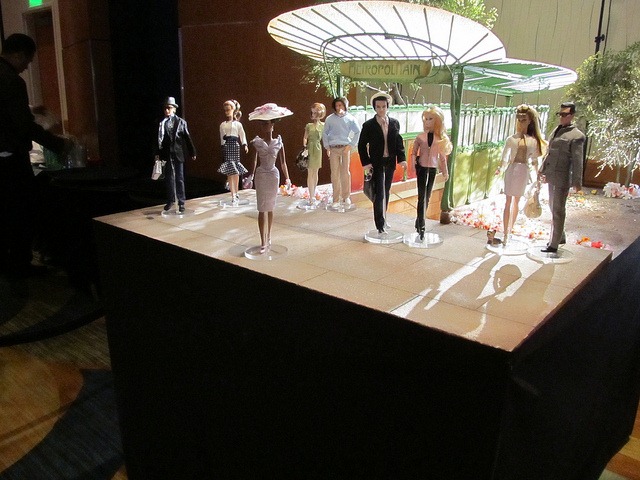 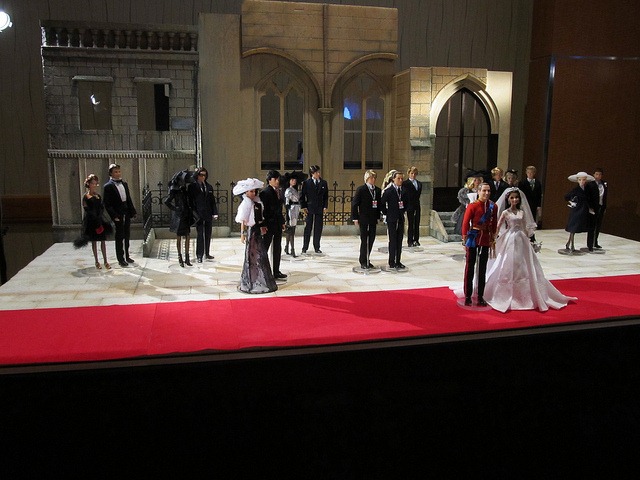 And why I love convention so much…..  Me, Deanna and Hilda.  Geeeesh, do you think we could fit any more cell phones on that table LOL! 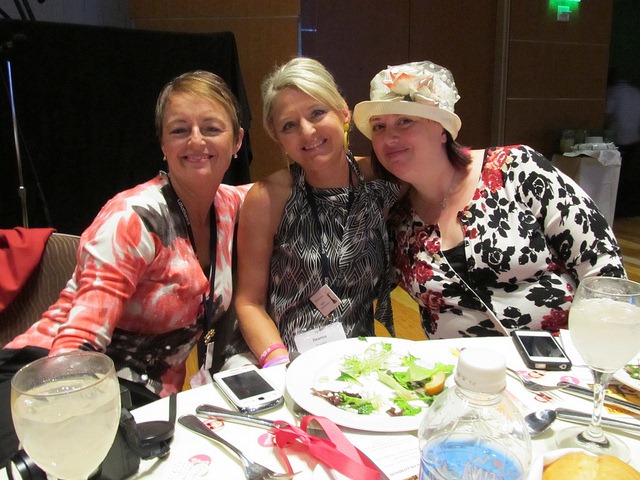 Oh and we received the most AMAZING gift !! 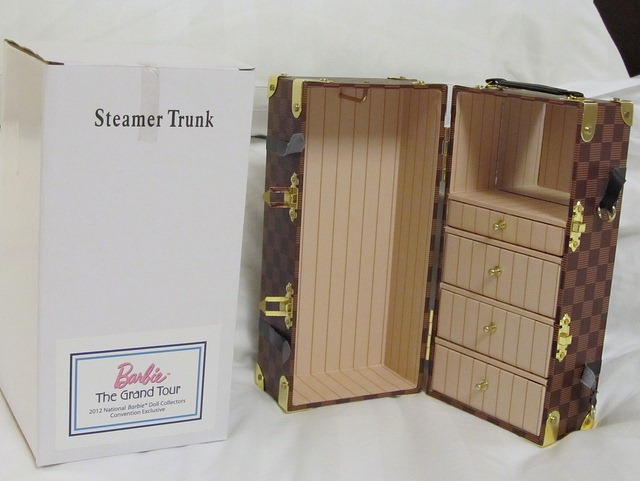 A Barbie steamer trunk.  Again….I DIE.  I think my squeal of delight is still hanging over L.A. as I type this. We are also going to receive a giftset doll ( pictured below) called Pink Passport.  Unbelievable!  The convention gifts just in this event alone are blowing my mind. 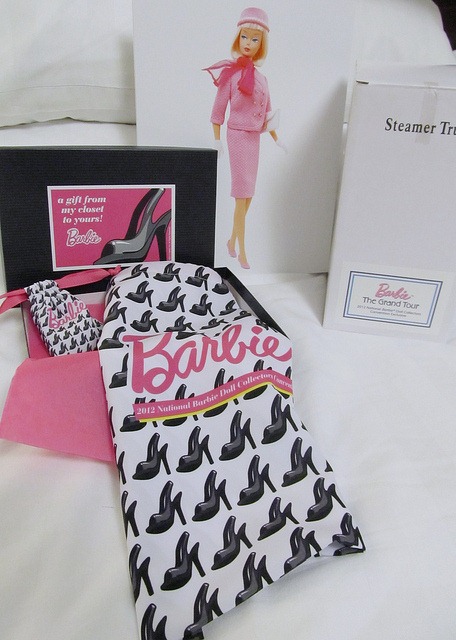