About this time of year I seem to always have a letch to do a wedding photo shoot.  Last year it was Dark Swan Elise who became my muse.

This year Sweet Confection Poppy Parker continues to be my inspiration.

Set:  Cake Candelabra repainted in silver.  Both have been set upon candlesticks of varying heights.  Greenery found at local craft store with miniature paper roses added. 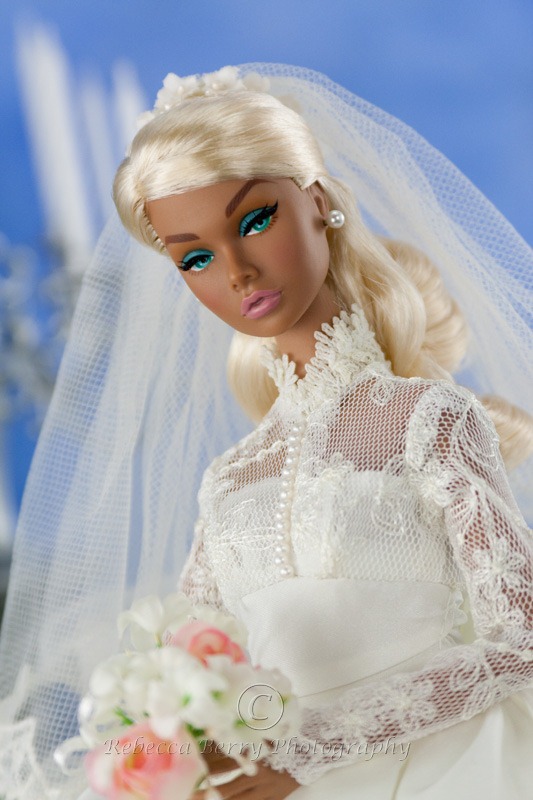 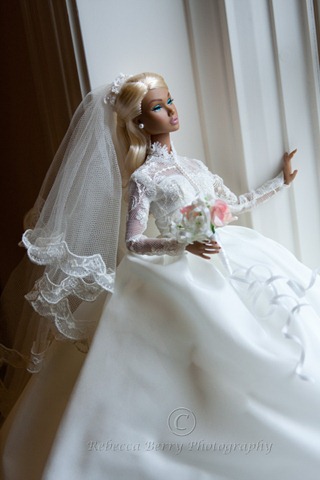