The second day of festivities in Madrid began with presentations and an  OOAK artist cocktail by Sebastian Atelier.  Rogier took some great photos of these events!

Carlyle Nuera gave a presentation from Mattel.  No photos were allowed at this event after the introduction.  It looks like he was signing his fabulous sketches that people received in their registration bags before the presentation .

Ibrahim Ismail also gave a presentation on Bollywood cinema but sadly, I do not have any images of that.  I’m sure it was fabulous.

Conventioneers were given option to attended the OOAK artist cocktail party given by Sebastian Atelier.  There were some beautiful OOAK creations to look through and for a lucky few, purchase. 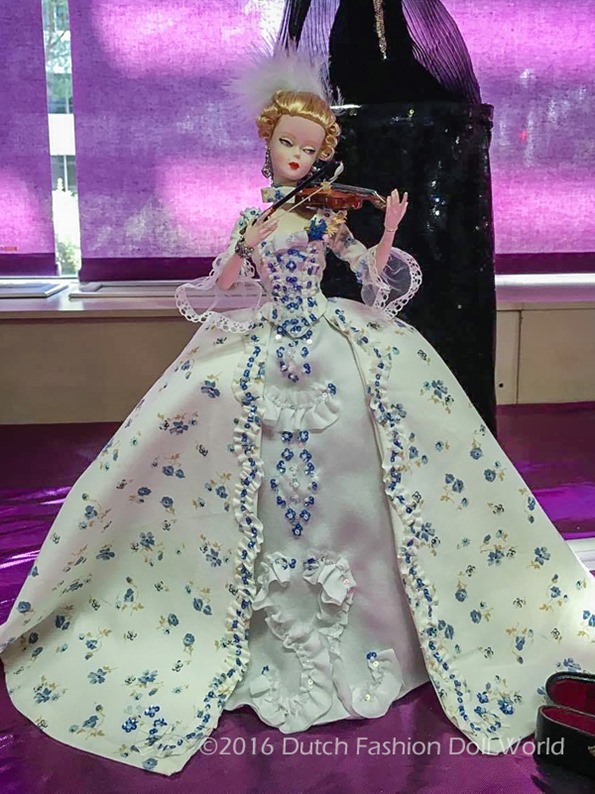 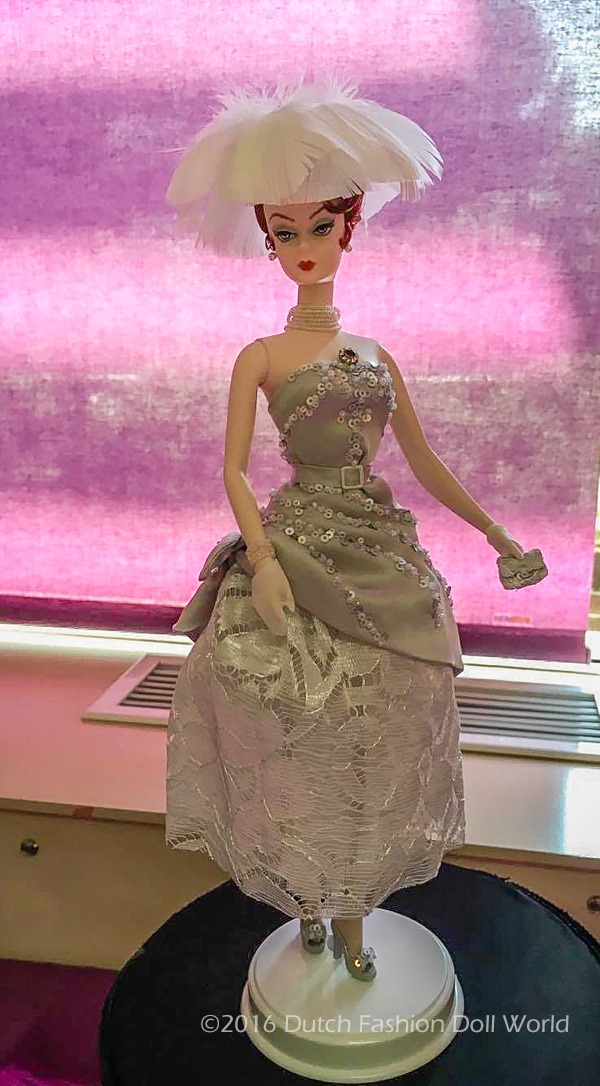 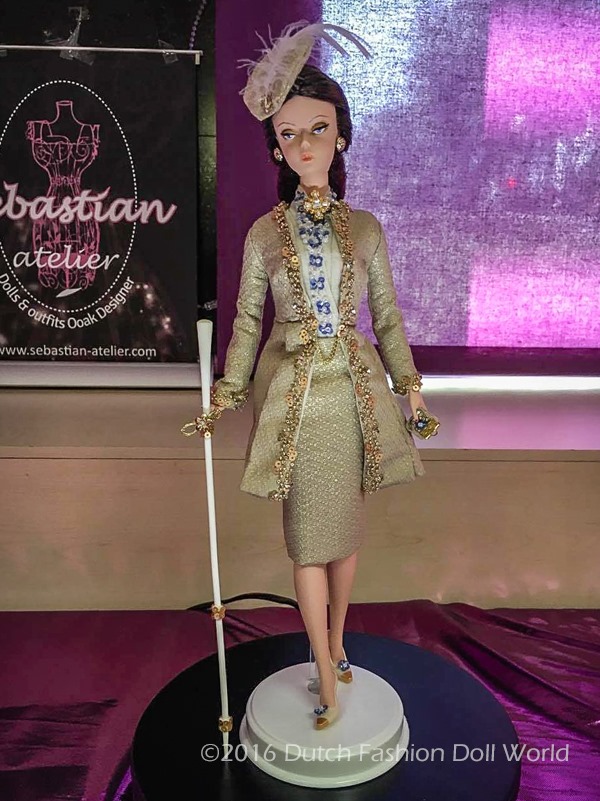 For those who attended the cocktail, there was a beautiful outfit given as a gift.

What do you do after a fabulous fashion show?  You go to a party of course.  The organizers in Madrid had a fun evening of Indian food and drinks as well as henna hand painting available for the conventioneers. Beautiful henna tattoo work by Ibrahim!! 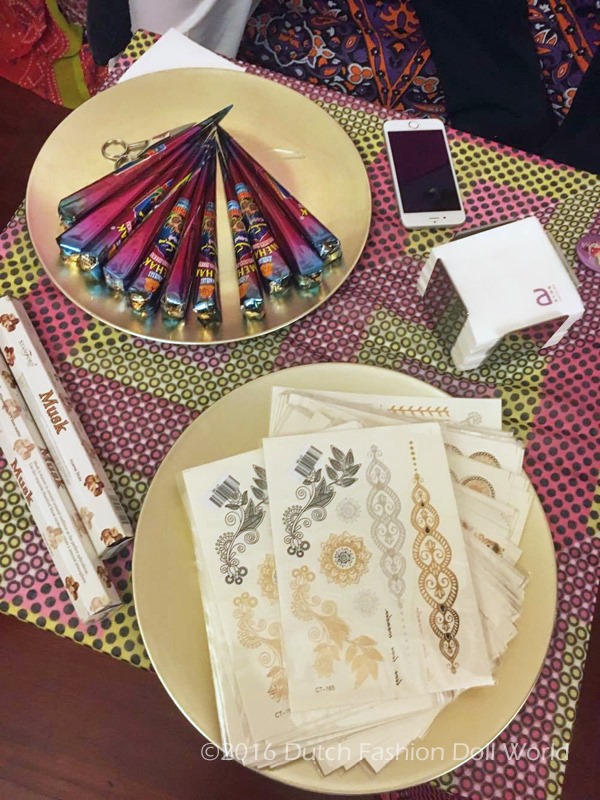 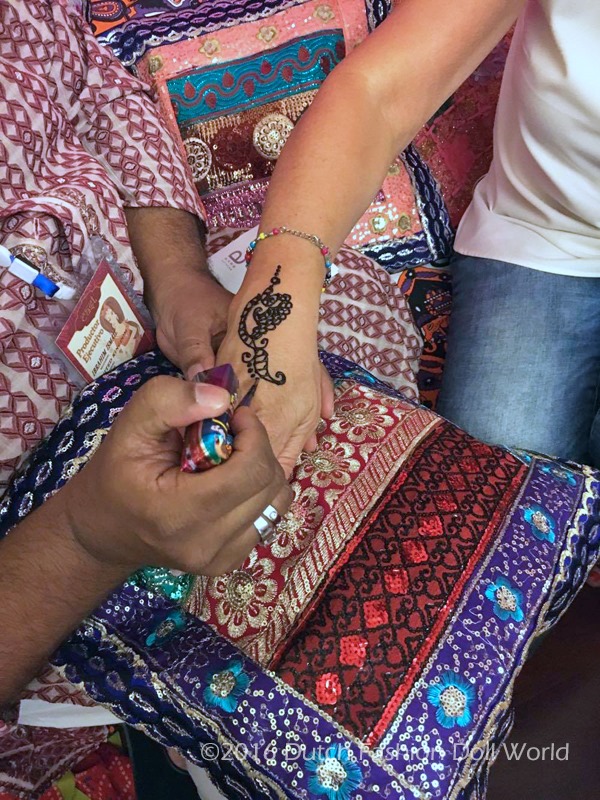 There was also this fantastic fashion ( limited edition of 30) by Marcelo Jacob, raffled off to 30 lucky winners! 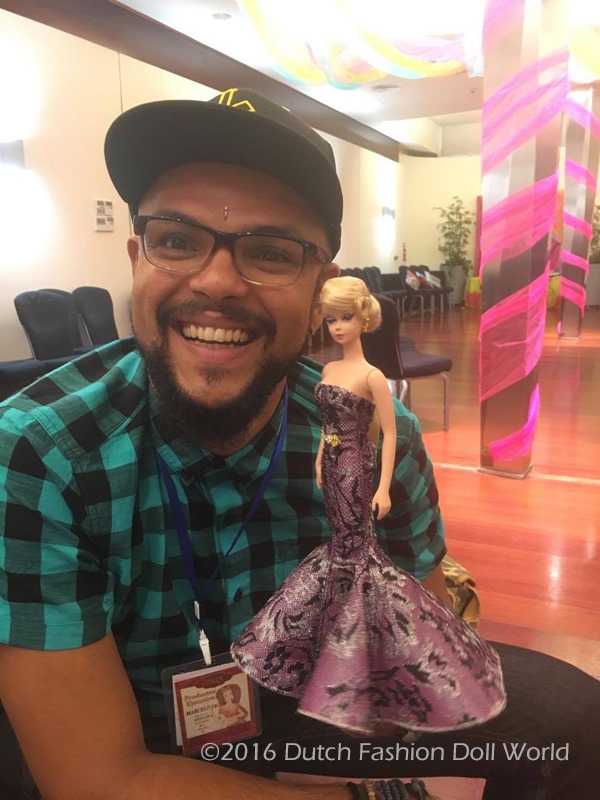 Rogier will have more to report tomorrow with all kinds of presentations going on as well as the gala dinner and convention doll reveal!!  Stay tuned….

I may only speak for myself but I feel many would agree that the fashion show is always a fun part of any doll convention…or rather Barbie convention.  I am always amazed at the skill of collectors and their ability to produce a doll design in real people scale.  The attention to detail that many of these collectors go to is really intense.    Here are some quick photos from this years Madrid convention.

And of course, each show has to have it’s own set of paparazzi…

Now, on to the show… 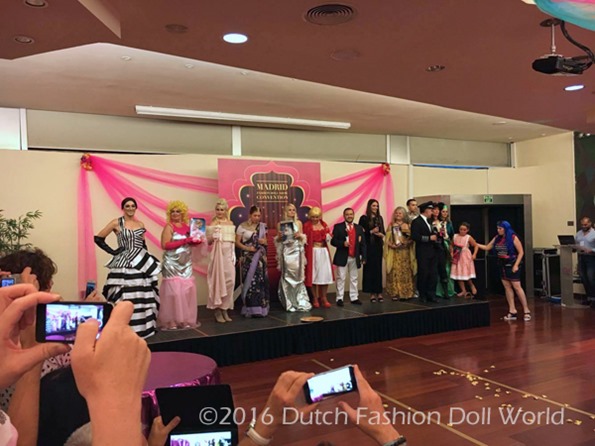 Hello fashion doll collectors!  Rogier of Dutch Fashion Doll World ( yes name has changed but still same quality blog with same quality material) is reporting from the Madrid Fashion Doll Show Convention this weekend and I am helping him out by guest blogging for him.  Always a pleasure to guest on your fantastic blog my friend.

Registration began this morning and already collectors are walking away with some really special things.

Carlyle Nuera, designer extraordinaire from Mattel, is in Madrid to help celebrate Barbie.

And conventioneers are getting some of his amazing sketches in their registration bags!!  Lucky dogs!!!

We should have more from Rogier a little bit later….

Last post from the IDC.  The Italian Doll Convention had an amazing group of collectors and artisans selling in the sales room this year. 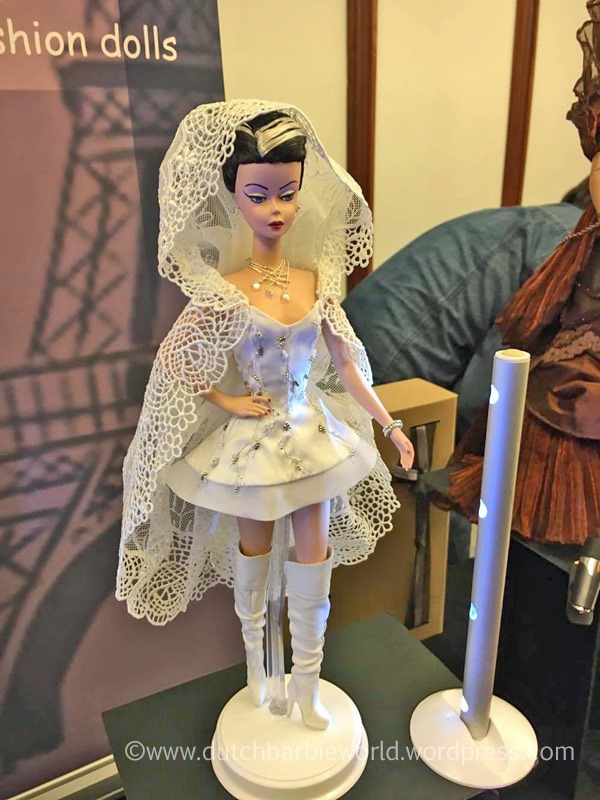 The raffles were equally impressive. 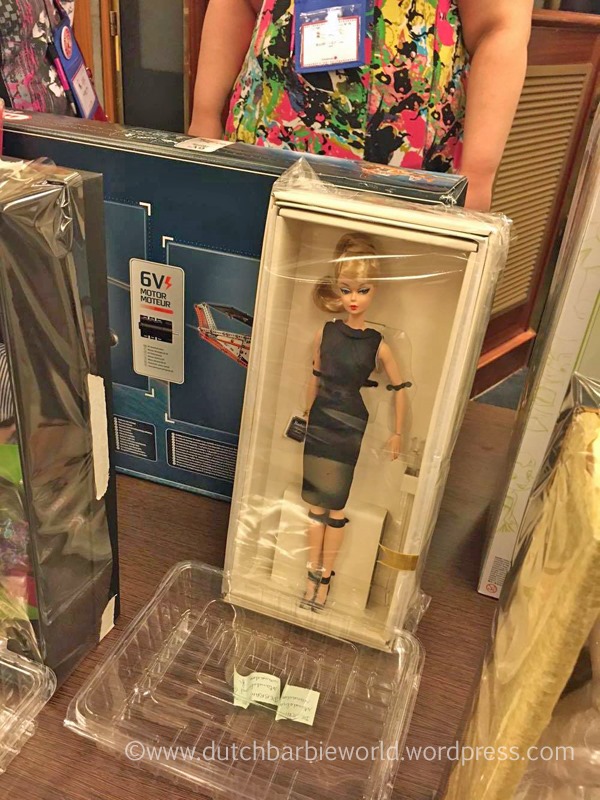 By Rogier’s account and that of many other attendees, this years Italian Doll Convention was amazing.  A huge “Thank You” to Rogier and Dutch Barbie World for taking us all along for the ride!! 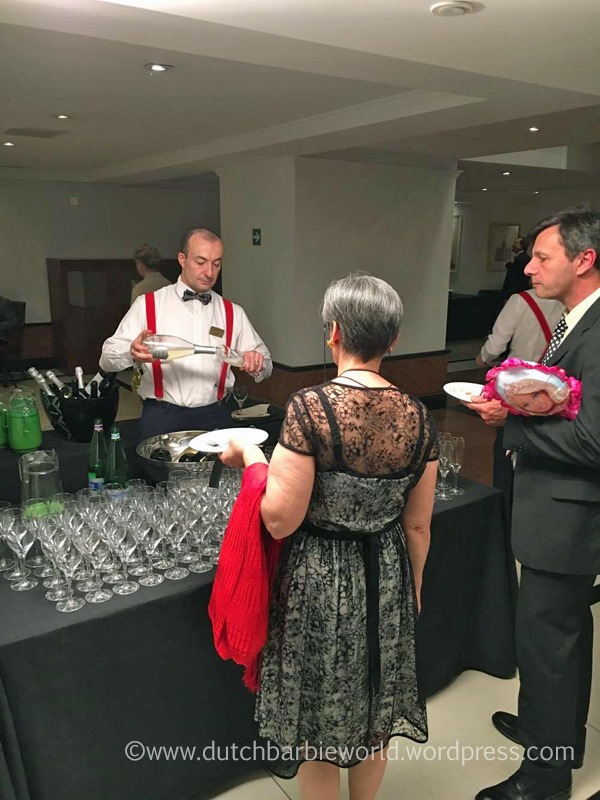 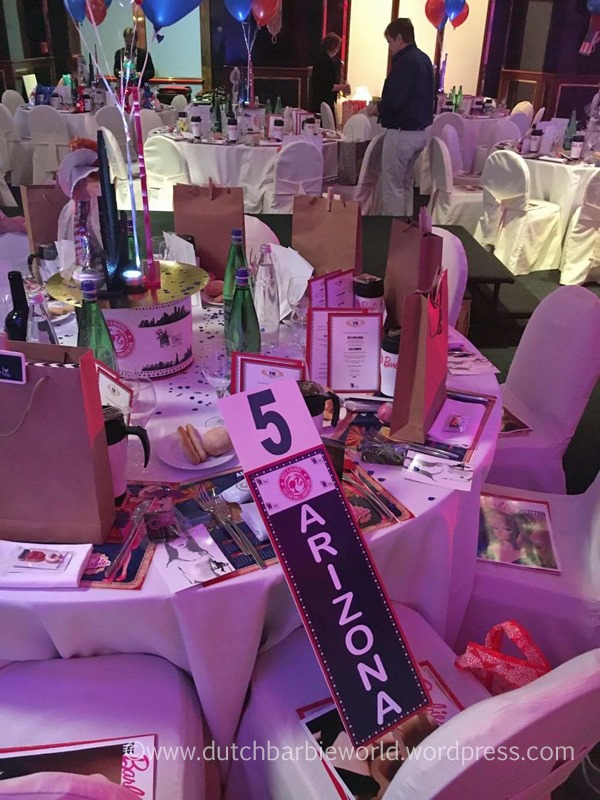 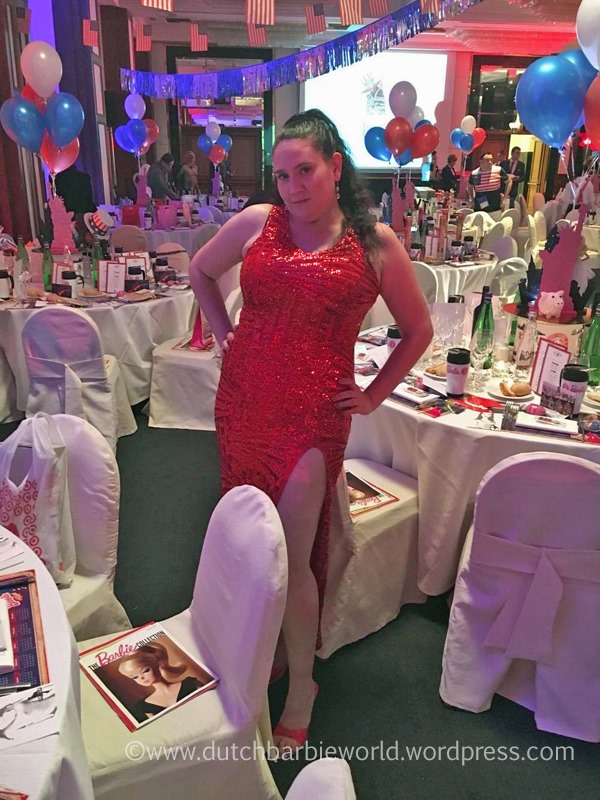 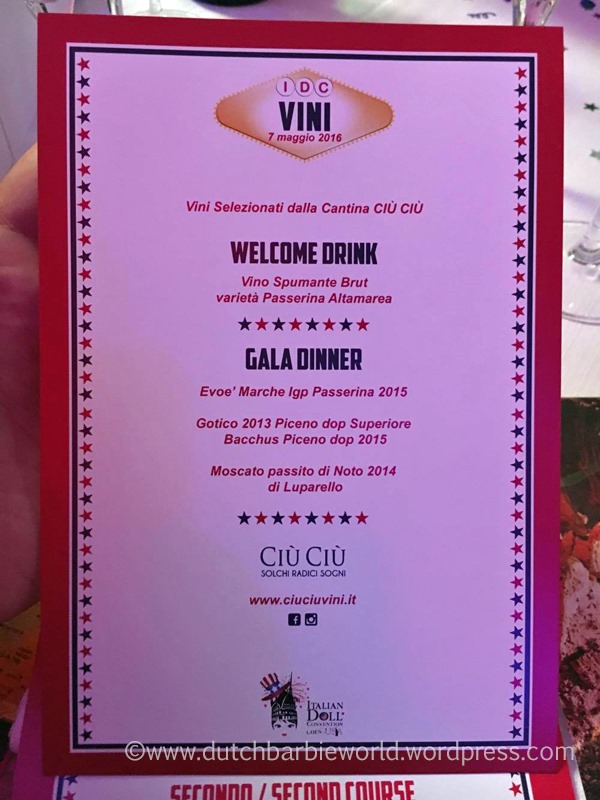 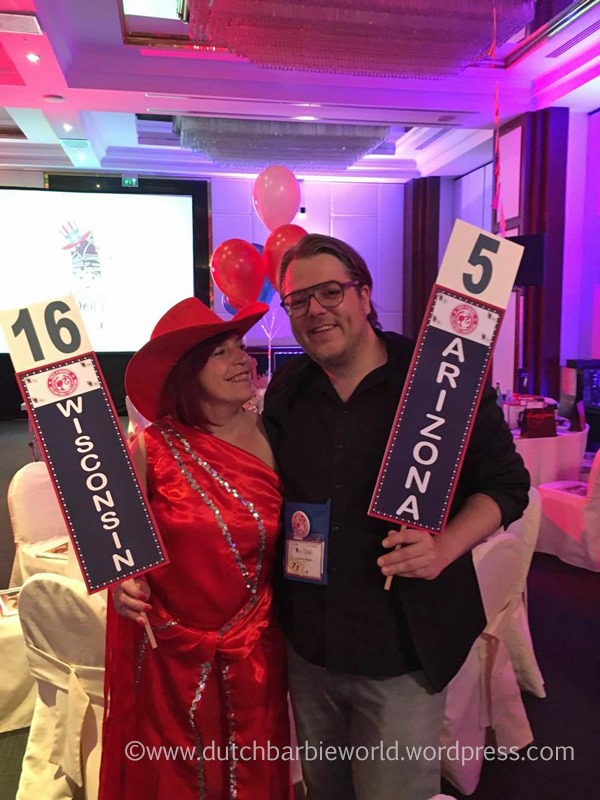 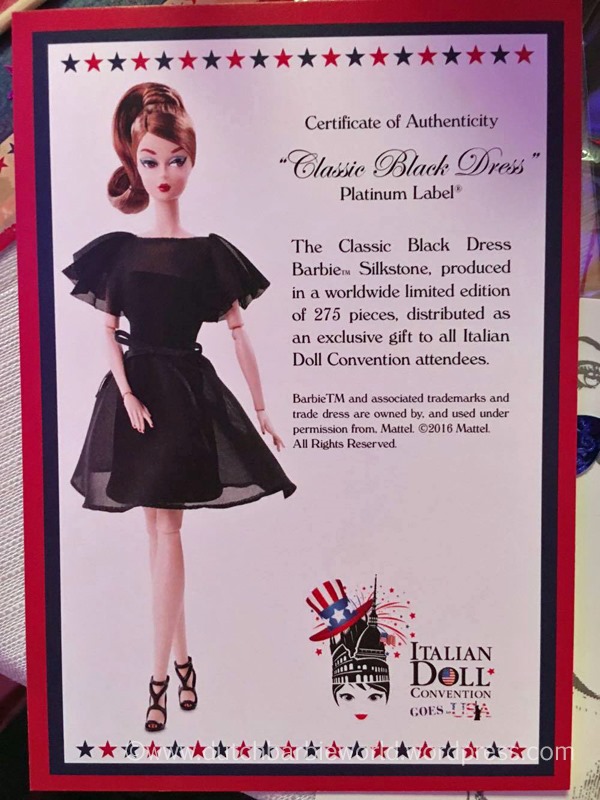 Most Barbie conventions have some type of fashion show.  The Italian Doll Convention certainly followed the tradition.

The foyer of the hotel was decorated for the event.

Gala Dinner info up next…..

IDC 2016 – Registration and a Workshop

Registration for The Italian Doll Convention was Saturday morning. 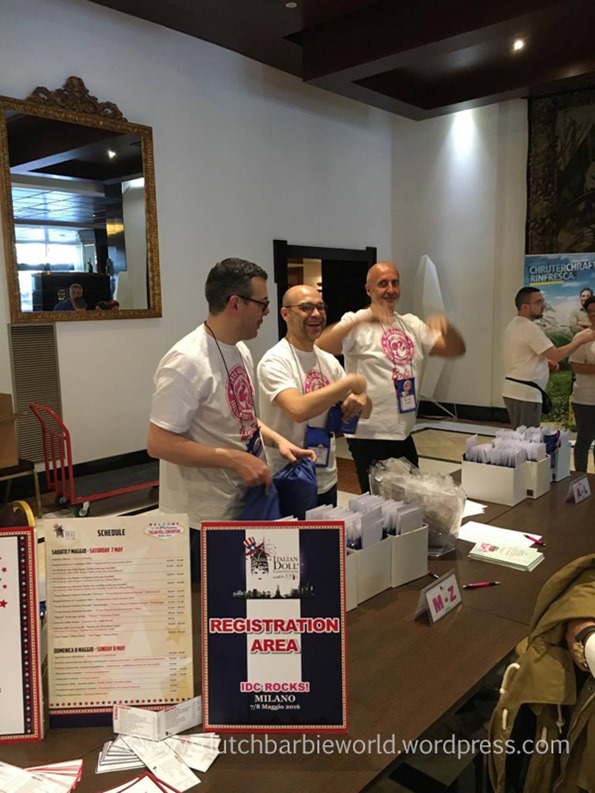 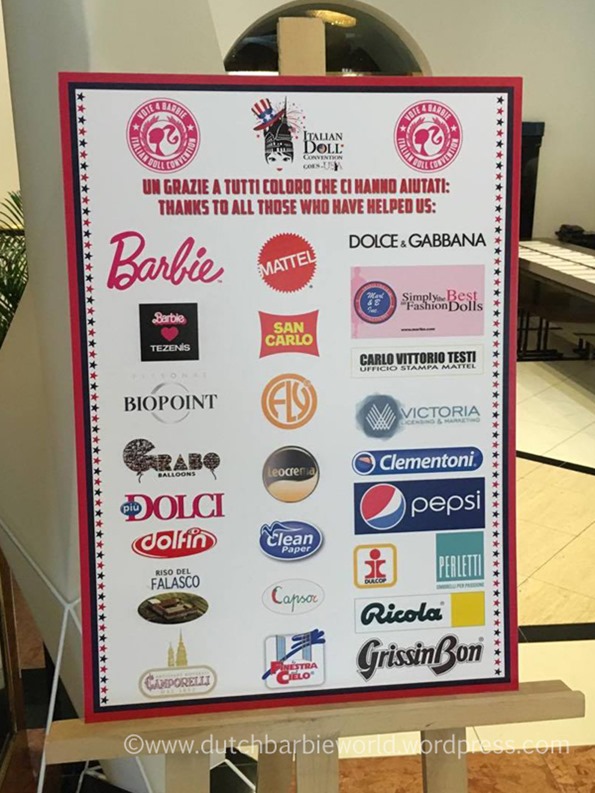 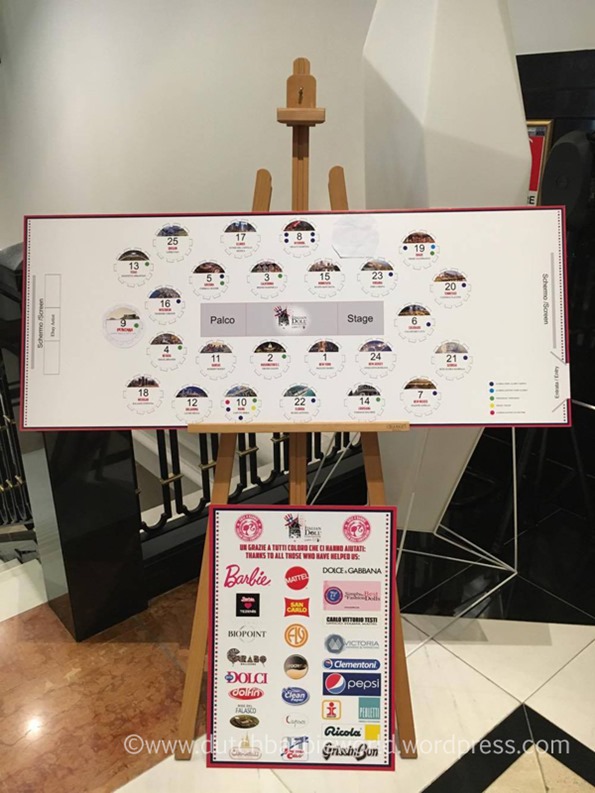 I love how they did the tables and seating chart!!  Since the theme is USA this year, all the tables were different states.  Too fun.  Rogier’s  table is Arizona.

If you wanted to, you could also take a workshop at IDC today.  Rogier did one with his incredible miniatures.  If you ever have the chance to take one of his workshops…do it!  This is what the lucky participants got to make today.

Monica was happy about it 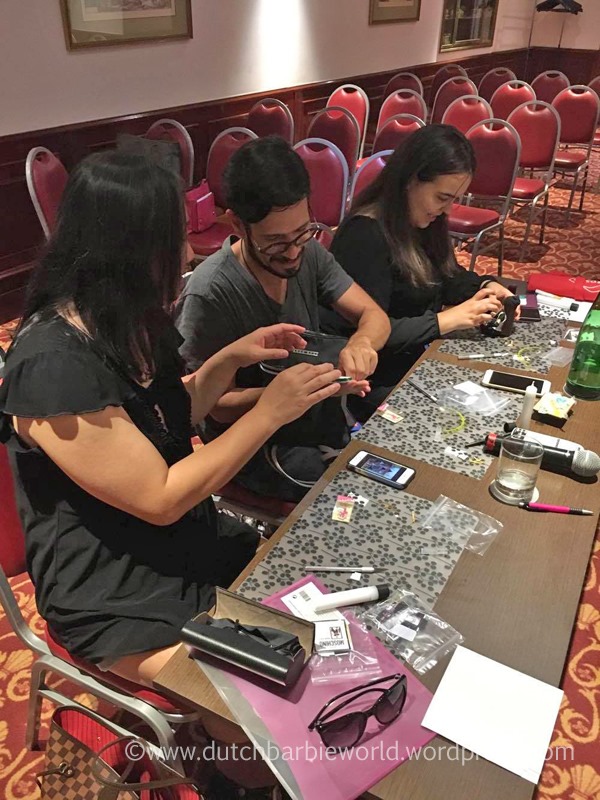 Such diligent students!!  More news later from Rogier and the IDC!!  The fashion show is up next.  The gala and the unveiling of the convention doll is in a few short hours!!!  Will she be a blond, brunette or redhead Silkstone???  Can’t wait to see.

I am guest blogging for my friend and fellow blogger Rogier of Dutch Barbie World again.  On Friday, Rogier flew to Milan for the 2016 Italian Doll Convention.

The Convention does not officially begin until Saturday morning but a few collectors were able to enjoy a special dinner with the co-creators of Magia2000 and the hosts of the Italian Doll Convention,  Mario and Gianni.  Rogier has supplied some stellar photos and pieces of info from that dinner.

There was a lovely collection of OOAK Magia 2000 dolls done especially for the IDC and they were unveiled at the dinner.  Mario and Gianni also debuted their new fragrance! 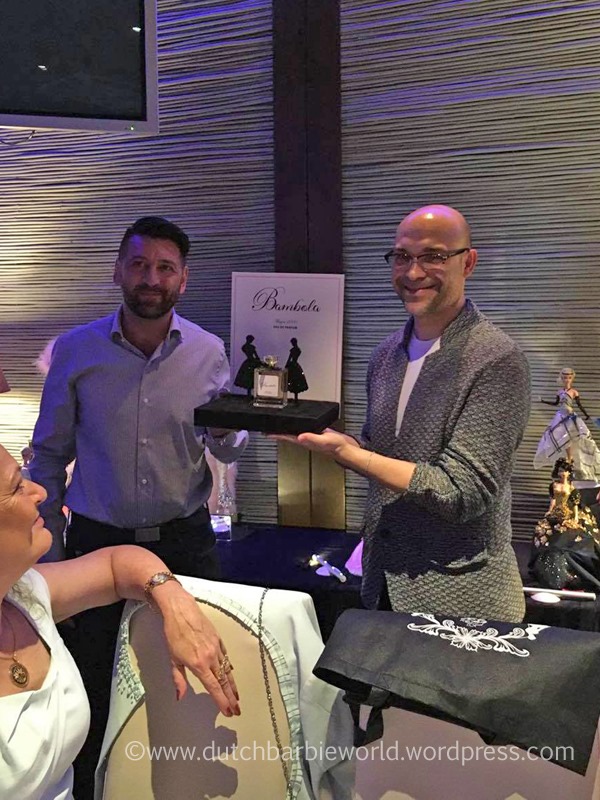 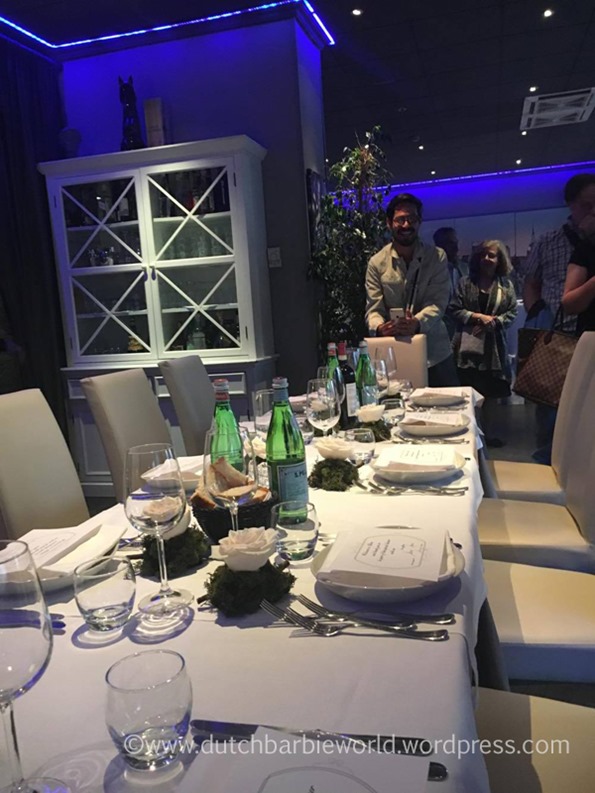 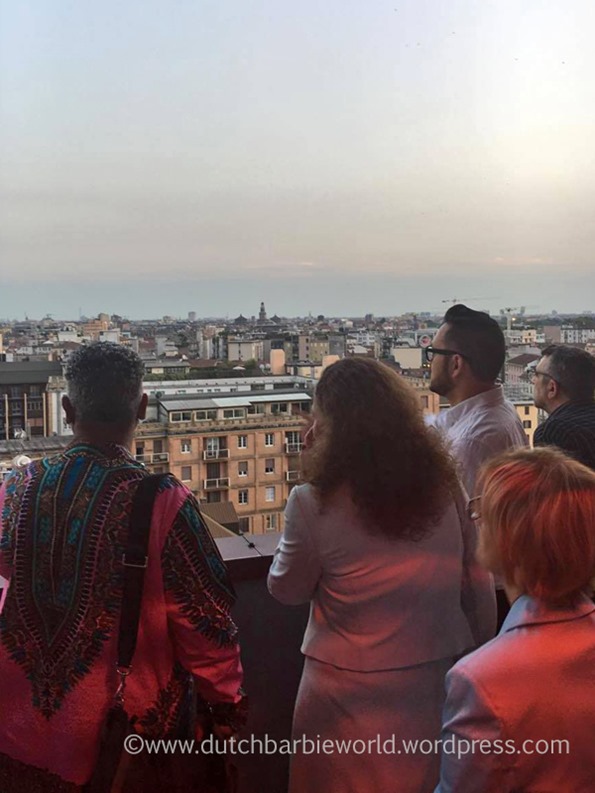 And a special collection of beautiful dolls with the theme of “nude” awaited excited collectors. 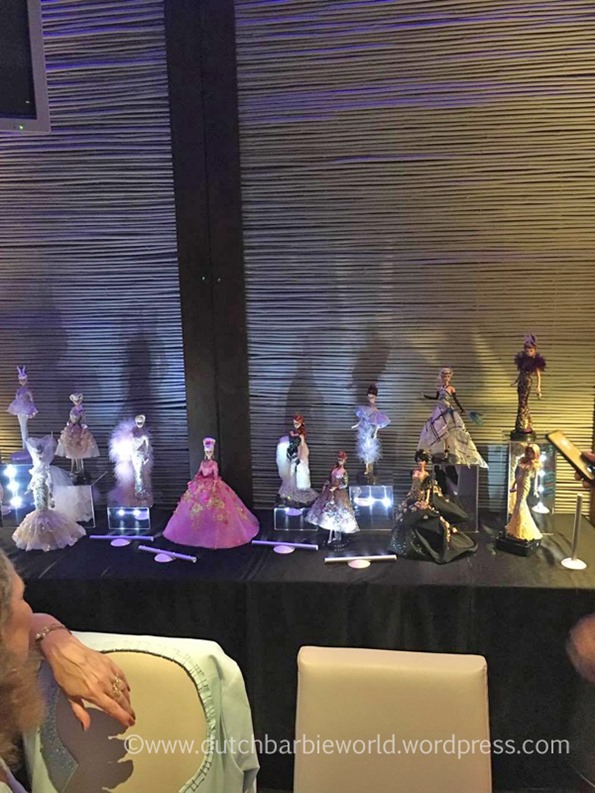 The Theme is “Gloss” and in I.T.’s own words  “This year, we take you to the world of glam, the upper echelon of fashion and fame!”  Oh what does it mean?!  I don’t know but whatever it is…it is sure to be good.  I have been to the last three of I.T.’s annual conventions and they have never disappointed.  I know there is always a first time for everything but frankly, I go to these conventions for the people and not the stuff.  Don’t get me wrong, stuff is nice but the people really are the biggest part of convention.  You get to hang out with people who like to collect what you collect and are willing to talk from morning to night about it.  It is one big fashion doll love fest.

Admission costs $475.00 ( $450 if you register early, info on the website ).  There are special rates for the hotel as well.  Here are some of the perks awaiting convention goers:

-A welcome bag with a very special giveaway right when conventioneers arrive!

-Two full sit down dinners and a luncheon with highly sought-after swag given out at each event!

-The opportunity to participate in the "Hall of Gloss" Fashion Bazaar, where for the first time in IT Convention history, they are creating a salesroom for collectors to sell and swap their own goodies!

-Access to the Integrity Toys Collection display, where you get to see all of those cool dolls in person!

-Access to the IT Direct Souvenir shop, where you can scoop up all of those special and limited edition Integrity Toys convention exclusive collectibles and other great deals, just for convention attendees!

If you are interested in finding out more about , You will find all the information about the convention and how to register here  I.T. Convention info .